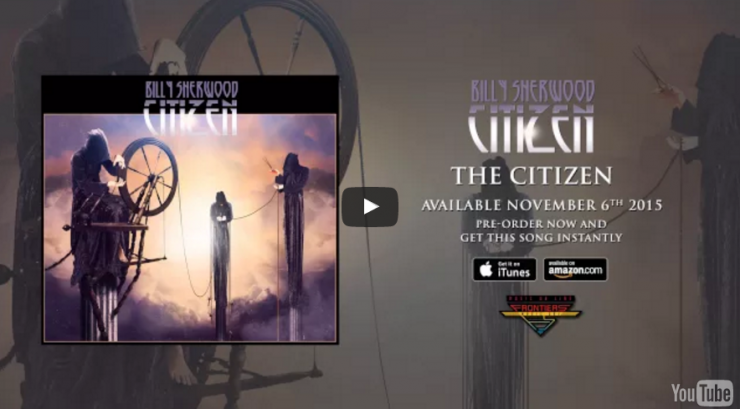 Frontiers Music has unveiled another song from the new Billy Sherwood album, CITIZEN, due out November 6. Pre-orders available here: radi.al/BillySherwoodCitizen.

In writing the song, “The Citizen,” Billy Sherwood’s main goal was to set up his concept album, CITIZEN, about a lost soul reincarnated in different eras. Almost modeling the album’s opening after the beginning scroll of the movie STAR WARS, he wanted the lyrics show how one thing could change the course of history. “I think people need to listen to the album once, and then start again with the song ‘The Citizen’ as it shows that the guy has already been there throughout history.”

It is significant that the song “The Citizen” is the last recording of Billy’s mentor, Yes bassist Chris Squire.  Earlier this year when Chris was diagnosed with cancer, he handpicked Billy Sherwood to fill in for him on bass and vocals in Yes, before he left for cancer treatment and ultimately, his untimely death.  Former Yes keyboardist Tony Kaye is also on the recording.

Billy started his career in the band Lodgic and then as a member of World Trade, who have two critically-acclaimed albums. He has produced and engineered for many artists including John Wetton, Motorhead, Queensryche, Paul Rodgers, and Yes. He joined Yes first as touring member on the “Talk” tour in 1994, and was a full time member from 1997 to 1999. He recorded two albums with Chris Squire as the “Conspiracy” project and released six albums with Circa, the band he formed with Tony Kaye.