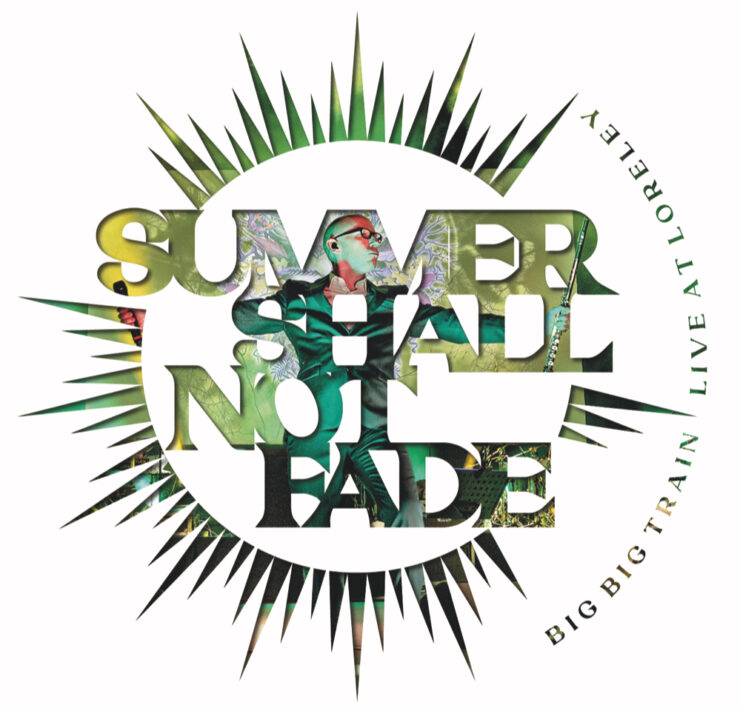 Big Big Train will release a new live blu-ray/2cd set from their legendary performance at the Night Of The Prog festival on 13th July 2018 at Loreley in Germany. The collection titled Summer Shall Not Fade – Live At Loreley will be released on Oct 14th, 2022. The audio for Summer Shall Not Fade has been mixed in both 5.1 and stereo by Big Big Train’s resident sound engineer, Rob Aubrey.

The thirteen song set runs over two hours and includes classic material from English Electric, Folklore and Grimspound studio albums, and fan favorite deep cuts Kingmaker and Summer’s Lease. The performance features the full Big Big Train live band, including the late David Longdon, plus a five-piece brass section and is made even more remarkable by the fact that it was only the band’s eighth live show in this incarnation.

Rikard Sjöblom, the band’s guitarist and keyboard player, remembers David’s performance well: “David was an absolute star, his vocal performance and the way he commanded the stage were both extraordinary. Loreley is an amazing record of our precious time together with him. The show is one of the highlights of my life.”

Big Big Train founder Gregory Spawton says of the show: “The stars aligned perfectly for us. It was a truly magical night with the band performing brilliantly and a wonderfully welcoming audience as they and we enjoyed the glorious outdoor setting.” Gregory’s sentiments are shared by drummer Nick D’Virgilio: “I have been blessed to play some amazing shows with Tears For Fears, Cirque du Soleil, Spock’s Beard and many others during my career, but the BBT show at Loreley was off the charts. It’s hard to believe that this was only our eighth performance together. Every second was simply awesome.”