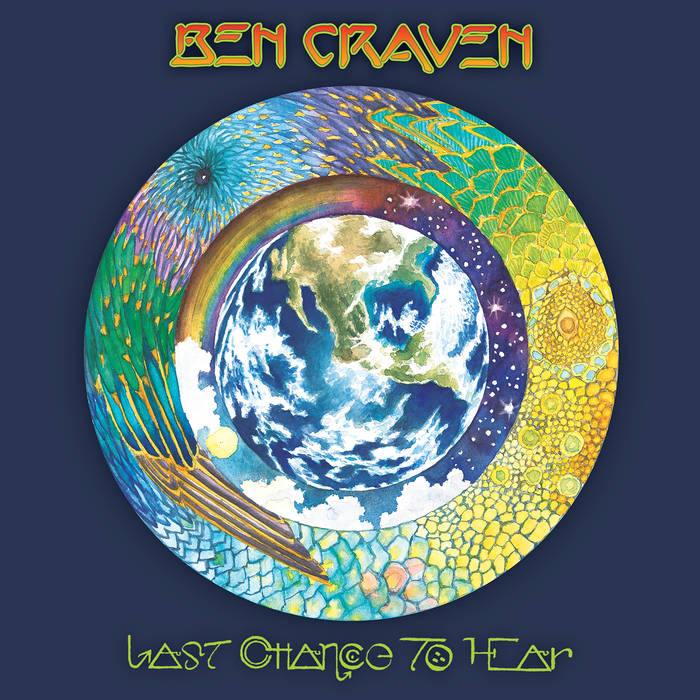 Review of album by Ben Craven – Last Chance to Hear

“There’s never been a time when there was so much new music being recorded by so many people, and being listened to by so few people.” So says Ben Craven concerning the inspiration for his latest album, Last Chance To Hear. What’s an independent, ‘cinematic progressive-rock singer-songwriter’ to do in this market? In true prog fashion, Craven has recorded a concept album about the demise of the album as a cultural force.

Hushed organ swells and vinyl crackles open Last Chance To Hear, giving way to bombastic drums and the slightly swingin’ arrangement of the title track (Part 1). As the organ vamps and the lead guitar pretends it’s the newest member of the Earth, Wind & Fire horns, the lyrics warn of unfulfillable hype and the sound and fury/signifying it’s your last chance to hear. These words kick the arrangement into a more traditional–and indeed furious–rock direction, complete with extended guitar solo.

The next few instrumental tracks invoke classic symphonic prog sensibilities. “Critical Mass Part 1” employs choral vocals and an orchestral arrangement, shot through with a synth lead, while “Critical Mass Part 2” develops the same musical theme with a heavier rhythm section and a slide guitar lead reminiscent of Pink Floyd Live at Pompeii. Indeed, Gilmour’s tone and emotion stands as an obvious influence for much of Craven’s playing on Last Chance To Hear, as it did on his previous album, Great & Terrible Potions. There are also undercurrents of Yes’ Fragile and The Alan Parsons Project (especially in the synth intro to “Spy In The Sky Part 2”) running throughout the album, but Craven draws these influences into lavish, cinematic themes rather than outright mimicry of his predecessors.

The centerpiece of Last Chance To Hear comes in fact in the middle of the album, with the expansive and delightfully indulgent “Spy In The Sky Part 3.” While Ben Craven handles all the instruments and vocals on the rest of the album, he yields this set of lyrics to the masterful spoken word stylings of William Shatner (whose vocals were recorded by Billy Sherwood). Shatner’s grandiosity fits perfectly the confession of a (figuratively?) tortured artist: Late at night fresh flies are put to my head/Hindering me from sleep/Dreaming of rest which I scarcely expect any time.

More vinyl crackles indicate the end of side one and the beginning of side two. With “The Remarkable Man,” Craven treats the listener to a fully realized Bond theme that also manages to reference Craven’s own TuneLeak project and the (self-)delusion that any artist could stop the present musical decline: Pushed to the edge by soulless bands/Revenge he’ll wreak/Delivered in tunes he’ll leak/The remarkable man will cure it all. The remarkable man, it turns out, is actually a musical supervillain who “performs terrifying experiments on helpless musical genres.” In “Revenge of Dr Komodo” we hear the results of one such experiment, a crossing of Keith Emerson, Jeff Lynne, and The Tennessee Three which can best be described as progabilly.

The album proper closes with more vinyl crackling at the end of “Last Chance To Hear Part 2.” Thus, the subdued piano instrumental “Mortal Remains” belongs to the album about the album; it is less a final statement than a requiem for a deceased form of musical experience. However the very existence and impeccable artistry of Last Chance To Hear suggests that the album–and especially the convoluted progressive rock concept album–is far from kaput.

The physical version features the gorgeous, classically prog artwork of Freyja Dean, as well as a bonus DVD of several music videos and documentary/interview footage chronicling the meaning and making of the album.

Last Chance To Hear is available for purchase and listening at bencraven.bandcamp.com