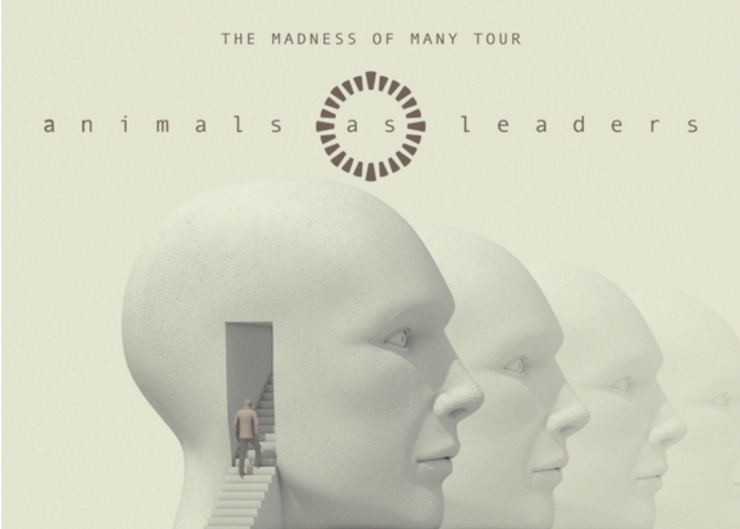 Prog Instrumental trio return with new album The Madness of Many

Animals As Leaders, the L.A.-based trio that Rolling Stone described as incorporating “jazz, electronic and even dance pop into their all-instrumental music,” before going on to say they “are as satisfying in their visceral kick as they are dazzling in their displays of dexterity,” return with their fourth album, The Madness of Many, on Nov. 11 via Sumerian Records.

“This album feels like total synergy between the three of us,” says guitar player Tosin Abasi. “None of this music would have turned out the same way without the equal inclusion of all of our musical ideas and that feel special. We’re beyond thrilled with the result.”

Animals As Leaders produced the 10-track album, with guitar player Javier Reyes handling mixing duties. Reyes also commented on the symbiotic nature of the new album, adding, “The Madness of Many is an explorative and ambitious journey of harmony, rhythm, musical expression and emotion. It has been the most collaborative effort for the band and an evolution in each of the members’ musical path.” Drummer Matt Garstka noted that, “although conceptually dense, it is the most natural sounding Animals As Leaders album yet.”

The trio kick off their first tour in support of the new album on Nov. 10, launching a five-week, North American outing at the Livewire in Scottsdale, Ariz. Intervals and Plini will open on all dates. 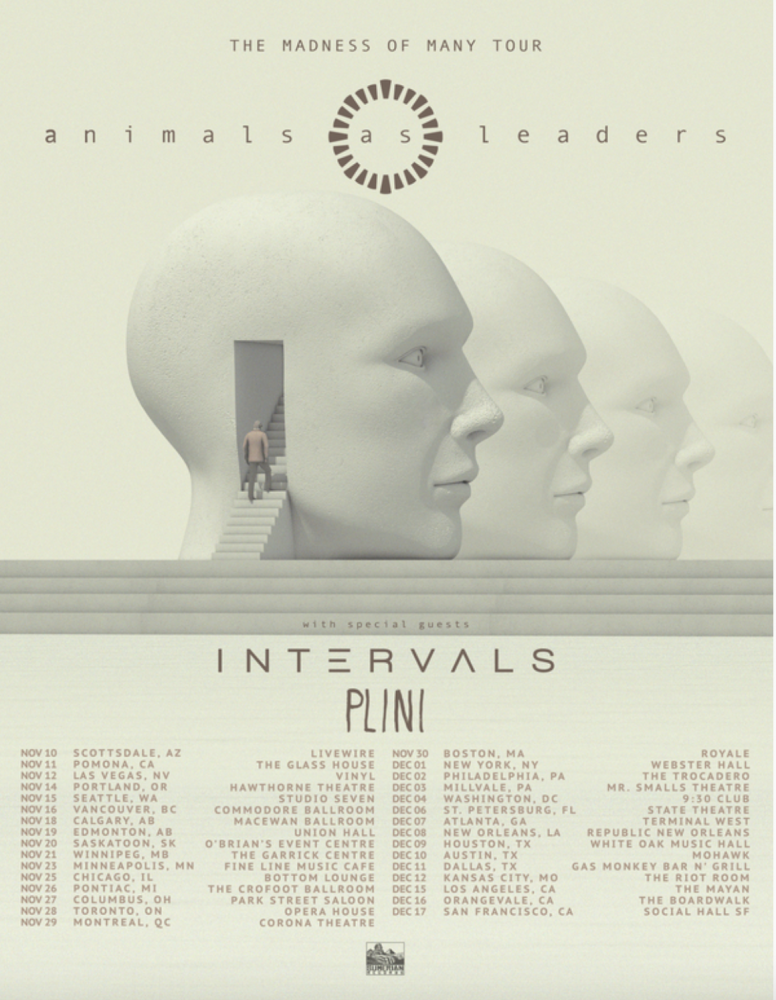