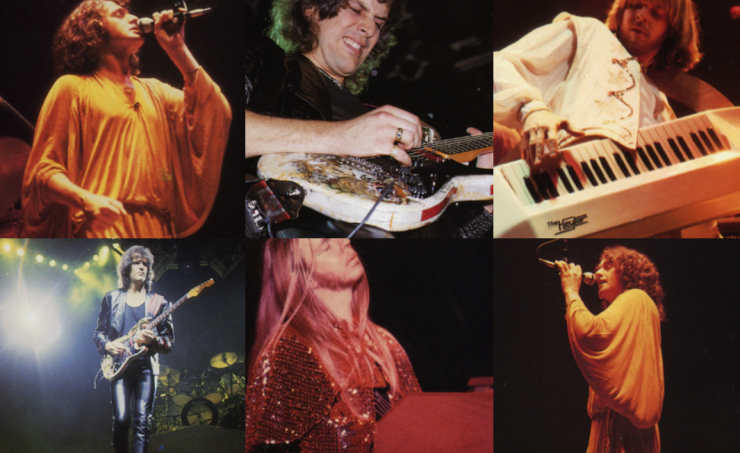 The band will make its live debut in North America in October/November, followed by the Rest of the World in 2017.

Long-time YES fans, rejoice! Jon Anderson, Trevor Rabin and Rick Wakeman are proud to announce that after a hiatus of 25 years, they are to reform the definitive YES line-up as – Anderson, Rabin and Wakeman (ARW).

Since they last played together in 1990 on the highly successful YES ‘Union Tour’, there have been various hybrid versions of the band. However, none featured the iconic voice of Jon Anderson, the outstanding guitar talent of Trevor Rabin, and the keyboard wizardry of Rick Wakeman. The aim of the band will be to restore the standard of excellence in performance that they established with their 1990 shows – which saw YES members past and present come together for the first (and only) time of the legendary band’s career.

“To be able to sing and perform with Rick and Trevor at this time in my life is a treasure beyond words,” explains Jon. “I’m so excited to create new music and revisit some of the classic work we created many years ago, it’s going to be a musical adventure on so many new levels.”

“Trevor and I have wanted to play Yes music together since the Union Tour,” adds Rick. “And as for so many of us, there is no Yes music without Jon.  The ‘Holy Trinity of Yes’ is for me, very much a dream come true.”

The most successful prog rock group of all time, YES was founded by Jon Anderson in 1968 and went on to sell millions of units with releases such as Fragile, Close to The Edge, Tales From Topographic Oceans, Going For The One and 90125, as well as embarking on several record-breaking world tours.

Not content to rest on past glory, Jon, Trevor and Rick are working on new songs, which are currently being recorded. The band will make its live debut in North America in October/November, followed by the Rest of the World in 2017.

The worldwide ARW Tour is being produced by legendary concert promoter Larry Magid, who is considered an architect and leader of the modern concert business. With over 16,000 concerts to his credit and still counting, he has produced national and international tours for Yes, Richard Pryor, Bette Midler, Stevie Wonder, Robin Williams, Kristin Chenoweth, Earth Wind & Fire, Il Divo, The Allman Brothers Band, Patti LaBelle, Grover Washington Jr. and many others. In 1985 Larry Magid co-produced the American portion of Live Aid and in 2005 he was the producer of Live 8.

The following are confirmed dates, and on-sales for each market will be announced soon.  Additional dates may be added: