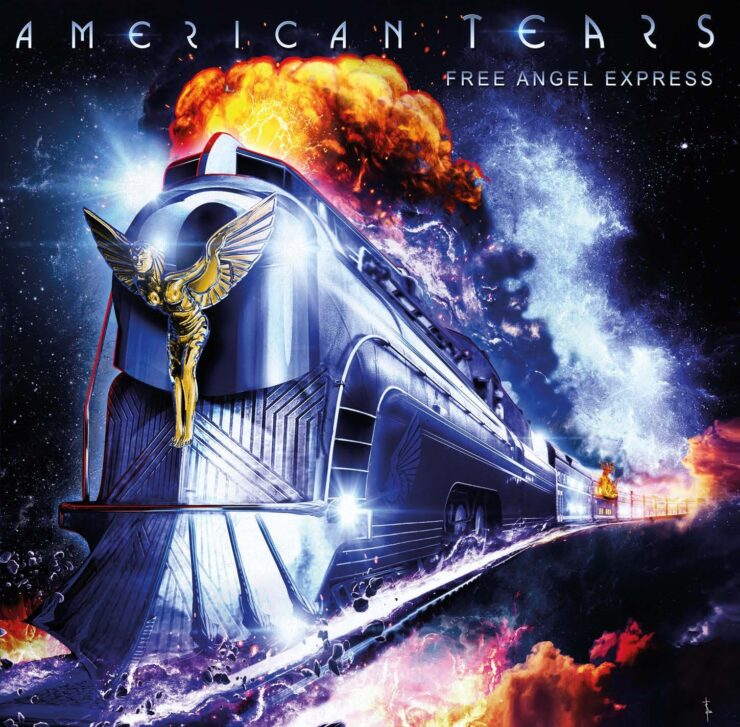 Free Angel Express will be released on October 23rd

“Sledgehammered” is the first single and video, Mark states, “”We wanted to start the album off loud and crazy. It started from a little trick I had on the organ. Almost a guitar riff really. I built the song from that…..I do think like a guitar player sometimes, but I think if Sledgehammered were played on guitar it could just be another guitar song…not a bad one ha ha…but the Hammond takes it to a whole ‘nuther fresh level for me.”
View the video for Sledgehammered here:

About the making of Free Angel Express, “If I can convey and express an emotion, create a thought, a “moment”, I’m good. It’s music, but it’s also life,” explains Mangold, who has also fronted melodic rockers Touch, who played at the very first Monster Of Rock and AOR band Drive, She Said. “Gotta let the imagination fly. There was no one to confuse me so I just followed instincts and chased the adrenaline.” American Tears continues its journey with keyboard rock that varies from extended progressive and heartfelt songs offering anthemic choruses, lush tapestries, scathing soloing and poignant lyrics.

Mark Mangold is also an accomplished songwriter working with Michael Bolton, Cher and Paul Rodgers, penning the hits “Fools Game”, “I Found Someone”, and “For A Little Ride”, and many others. Deko Entertainment president Bruce Pucciarello states, “All of us at Deko are thrilled to be working with Mark, one of our industry’s transcendent creataholics. The true skill here is Mark’s ability to individualize his creations in a way that they always feel contemporary. Timeless, catchy and inventive.

There are limited edition bundles (while supplies last), which can be ordered via: https://tinyurl.com/y6gehgpa