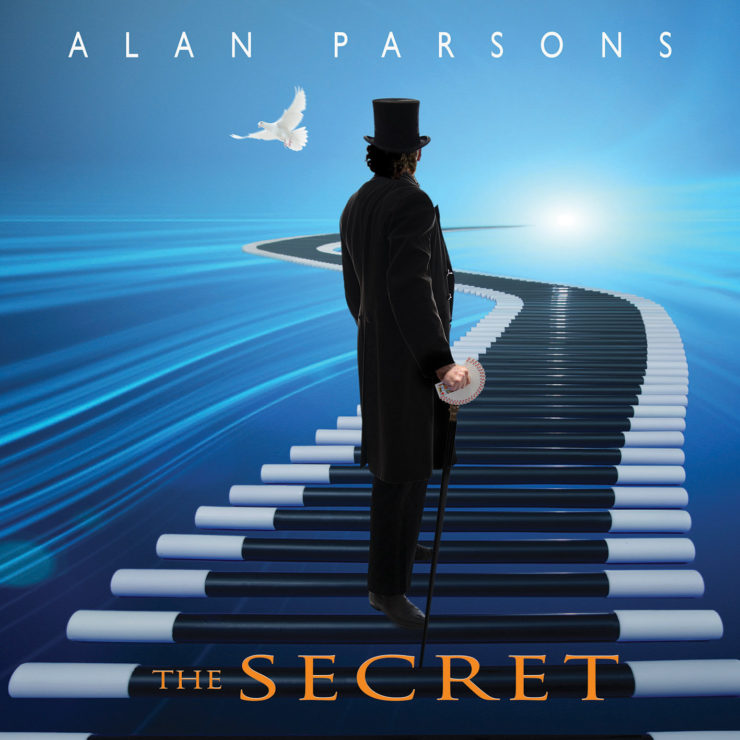 It’s been 15 years since Alan Parson’s last solo album, and so for fans around the world this new album, The Secret, is keenly anticipated. For most people reading this, I don’t need to outline both the extensive engineering work for bands like The Beatles and Pink Floyd, or the run of very successful Alan Parsons Project albums of the 1970/80s, In recent years, Alan has focused a lot of his attention on keeping his music alive in concert, with superb live shows, and so the new material is a welcome return to the studio.

The theme that ties the album together is the art of magic, a fascination of Parson’s since childhood, but this is not a narrative heavy concept album – instead it is more of musical journey. Parsons’ role in the album is equivalent of movie director, collaborating in writing material production and arranging, along with occasional vocal or musical parts. The unifying factor is the lush sounds and the selection of the perfect musician/ vocalist for the job, something he has shown an excellent track record for. I mean it entirely positively and as a compliment when I say that the timelessness of this approach on this album means any of the tracks could be neatly slotted into the classic APP albums.

A version of “The Sorcerer’s Apprentice” kicks the album off with Steve Hackett taking a lead role on guitar along with a dream rhythm section of Nathan East and Vinnie Colaiuta – but, as is the case throughout the album, the guest appearances are entirely complimentary rather than distracting and less familiar names contribute equally stunning performances. Nevertheless this is an epic start to the album.

Standout tracks include “Sometimes”, a piano ballad, sung Lou Gramm, with a magnificent string arrangement; “Requiem” which has Steely Dan sounding moments, plus brilliant vocals and saxophone from Todd Cooper; “I Can’t Get There From Here”, another beautiful ballad with a very strong melody and on point vocal from Jared Mahone. “Miracle” which features Jason Mraz is the lead track for promotion and it’s a really strong contribution, representative of the overall tenor of the album.

As a fan of the format, I should also mention that the surround sound version of this album further enhances the enjoyment of the music if you have a compatible set-up, with an immersive 5.1 audio mix and accompanying visuals adding layers of the depth to the songs.

If your go-to prog style is towards the metal end of the genre, to be honest, this probably isn’t for you. This is an album for those who enjoy excellent songwriting and musical contributions, with cinematic moments, a large emphasis on prominent vocals and strong melodies, towards the “softer” end of the rock spectrum.

The album is already getting great feedback from Alan’s fan base and I am sure will draw new listeners into his music and history, with a current day album very much deserving of the accolades of his past.