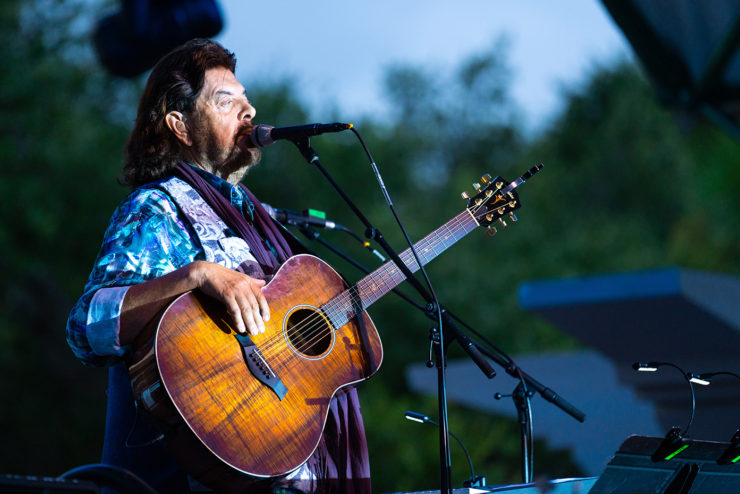 Review and Photos by Michael Giordano

The Space Coast has long been famed as the home of America’s Space Program. As we reach the 50th Anniversary of the original Apollo moon landings, the area has been abuzz with the various activities and festivities to commemorate one of the most important events in mankind’s history. Much to this progger’s delight, a celebratory free show was announced for July 13th, 2019, at the outdoor Riverfront Park in Cocoa Village. Edison’s Children, was announced as the opening act, with the legendary Alan Parsons headlining an extraordinary show featuring his ensemble band. 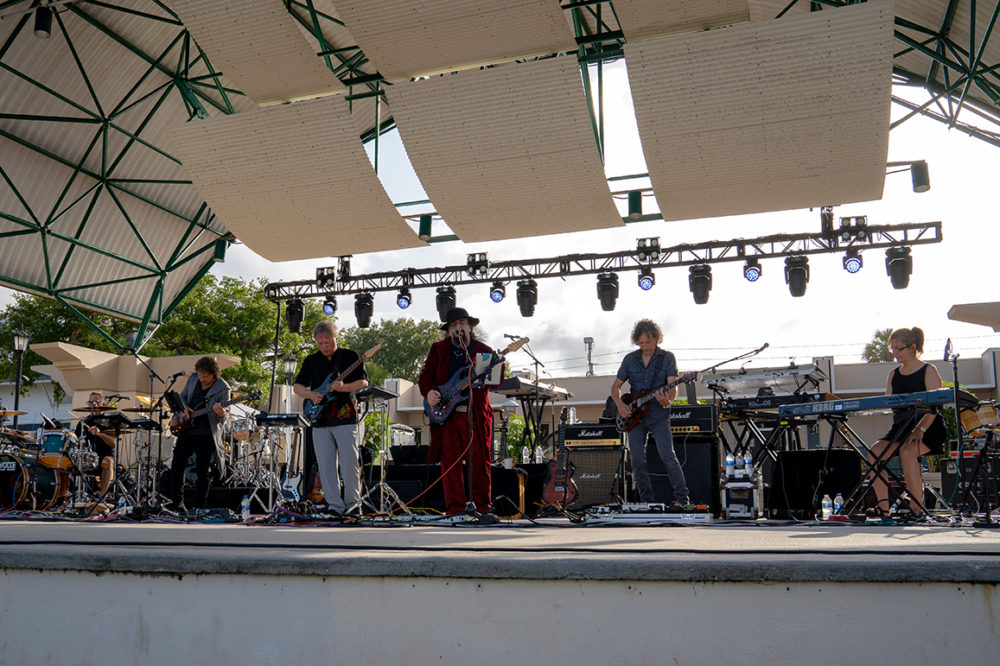 Edison’s Children is the brain child of Eric Blackwood and Pete Trewavas of Marillion, and was a wonderful surprise announcement. This would be the first show for the band in 4 years, and was perfectly timed to coincide with their just released latest album “The Disturbance Fields”. Lisa Wetton (wife of the late John Wetton) served as keyboardist and additional percussion, along with Rick Armstrong (son of Neil Armstrong, the first man to walk on the moon) who had also served as a recording guitarist on previous albums for the band. Rounding out the live lineup, John Wesley (solo artist, Porcupine Tree, Fish) played additional guitars, with session drummer and engineer Mark Prator (Iced Earth) on drums. Cycling through a well chosen mix of older (particularly “Growing Down in Brooklyn”) and newer songs like “The Tempest”, the band sounded on point and meshed extremely well together. Seeing such a rare performance by a band of this caliber was certainly a treat.

After Edison’s Children left the stage, Rick Armstrong returned to the stage with a pair of astronauts: Apollo 15 Command Module Pilot Al Worden and Space shuttle Pilot (and future Boeing Starliner crew member) Chris Ferguson. The 3 shared several thoughts on the historic moment this concert was celebrating, as well as their views on the future of manned flight. 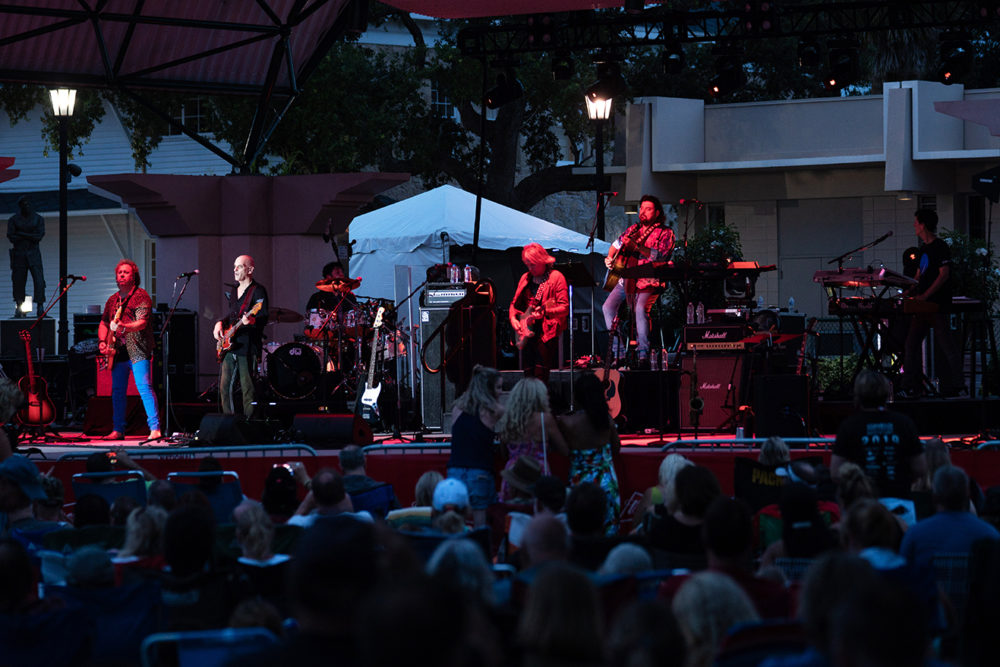 Alan Parsons and his live band then entered the stage. Starting off with “One Note Symphony” off of his latest album The Secret, the song set the tone for the rest of the evening, with the crowd responding very enthusiastically to the energy of the song and the band. Parsons initially performed at the top center of the stage, overseeing his talented musicians before moving down to the front of the stage a few songs later. Parsons performed a mix of songs from the classic Alan Parsons Project Era albums, as well as his more recent solo output including new songs “Miracle” and “As Lights Fall” from his latest release. Going through classics such as “Standing on Higher Ground”, “Don’t Answer Me”, along with a top notch rendition of “Sirius/Eye in the Sky” to close the main set. Alan certainly chose his live band members well, especially both lead singers PJ Olsson, and Todd Cooper.

With a special event like this, it wouldn’t have been complete with one final moment, with Alan bringing members of Edison’s Children out on stage with his band to perform an all star jam on “Games People Play”. It was clear that both bands were enjoying the moment in the swelteringly humid Florida evening, and provided a memorable close to a unforgettable night. 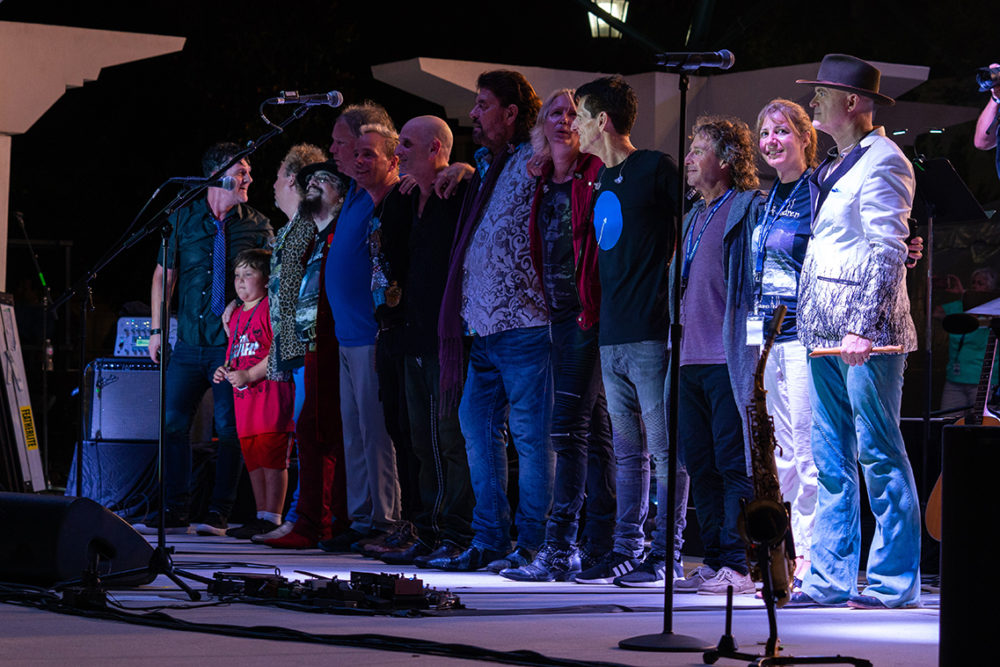