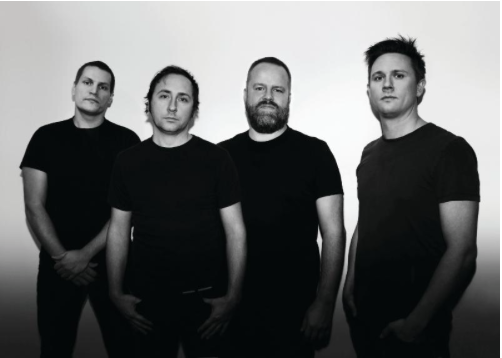 Norwegian progressive rock act, Airbag, has just released a new song, “Killer,” from the band’s upcoming fourth studio album,Disconnected, the follow-up to Airbag’s critically acclaimed 2013 release The Greatest Show on Earth, which will be released on June 10 via Karisma Records.

“Killer was one of the first songs written for Disconnected,” commented Airbag guitarist Bjørn Riis. “I had this idea of this ruthless corporate guy who used everyone to gain success – sort of Bateman from American Psycho meets Wall Street’s Gordon Gekko. He’s outside, or disconnected from, the rules of our society.

“Musically, ‘Killer’ is slightly different from what we’ve done before. There’s more emphasis on the drums, different rhythm patterns and electronic elements. It really was a band effort, where everyone was contributing ideas and trying out new stuff.”

The band has launched a Disconnected website with several pre-order options, video content and more at: http://www.airbagdisconnected.com/.

Featuring six songs with a common theme of alienation between the individual and society, Disconnected was recorded with long-time collaborator and engineer Vegard Sleipnes and produced by Airbag vocalist Asle Tostrup and guitarist Bjørn Riis.

Guitarist Bjørn Riis adds: “The early demos for ‘Disconnected’ were written during a couple of months in late 2014. The idea and inspiration for most of the lyrics, and the title track in particular, came from me realizing that I had to make some changes in my life. I was tired of the daily routine, working 9-5 in an office doing basically nothing and never having enough time for my family and music. I took a year off and started writing for the album.

“As for the music, you want to look forward and explore new sounds and musical ground. We talked a lot about wanting to use more electronic elements and giving more room for the drums, allowing them to be more percussive and basically avoid the usual rock formula on all songs. We also wanted to do a more stripped down production and create a more spacious and dynamic sound.”

Airbag’s music is best described as scenic, epic rock – a sonic journey of lush soundscapes and arrangements, underlined by soaring guitars and soulful vocals. Airbag’s three previous album releases: Identity (2009), All Right Removed (2011) and The Greatest Show on Earth (2013) have gained the band a solid following and reputation among both fans and the press. Prog Magazine hailed The Greatest Show on Earth as a “confident step in the right direction, so much so you’re led to believe that album number four really could be the big one.”

Over the years, Airbag has also become a solid live act, playing at several major festivals and as support and in double-bills with bands like Marillion, Anathema, Pineapple Thief, Riverside, RPWL and Gazpacho.

Stay tuned for more information on Airbag and Disconnected, out next month on Karisma Records.