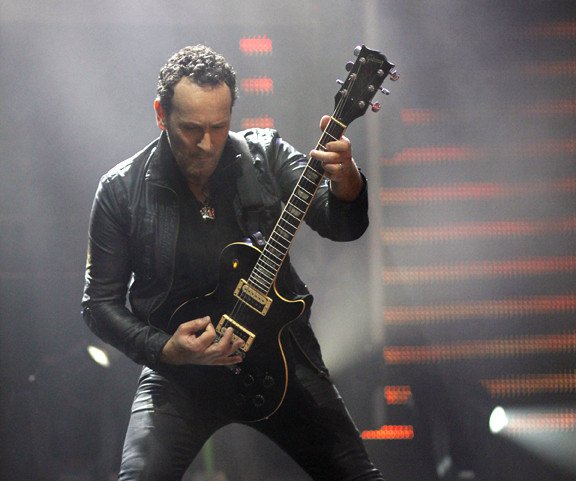 Long before joining Def Leppard 24 years ago, guitarist Vivian Campbell made himself known as the guitarist in Dio, which featured the iconic singer Ronnie James Dio, bassist Jimmy Bain, and drummer Vinny Appice.  Around 2011, after Ronnie had passed away, Vivian got together with the surviving original members of Dio and formed the band Last In Line along with singer Andrew Freeman.  The band recently released their debut album, Heavy Crown. Unfortunately, a few weeks before the album’s release, bassist Jimmy Bain died, ironically, aboard the Def Leppard cruise.

Here we talk with Vivian Campbell about Jimmy, Last In Line, the latest Def Leppard album and much more.

You can hear the full audio interview below or by downloading the podcast on iTunes.