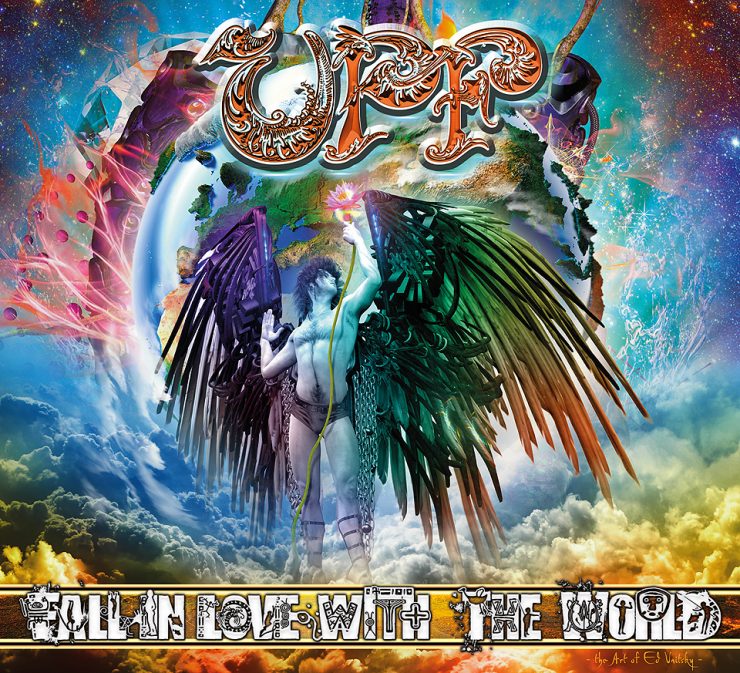 United Progressive Fraternity are set to release their debut album ‘Fall In Love With The World’ on November 25th, 2014 in North America.

United Progressive Fraternity are set to release their debut album ‘Fall In Love With The World’ on November 25th, 2014 in North America. The band has now revealed a lyric video for the track ‘Intersection.’

Band leader Mark Trueack had this to say about the track:

“It was back in late 2013 when Sean and I were working on the concept for “Turn Left” which was to be the next album for Unitopia, and where this track was born. The original idea was tell the story of direction and understanding the decisions that we must take in a world that is confused, always asking ourselves if we are on the right path. As always in life there is something standing in the way and from that we must learn to overcome the problems we face. The original arrangement had a heavy ELP/Moraz-type piano but I felt it was too cliché and not original to the sound that we were looking for. Matt and Marek soon came up with a brilliant duet for this section which enhanced the piece and gave it its own originality. “Intersection” is a musical journey of hope and vision.”

The release will arrive as a jewel case (incl. an additional bonus track) & digital download, and the full track-listing can be found below:

You can check out a video for the track ‘The Water’ featuring Jon Anderson (Yes) here: