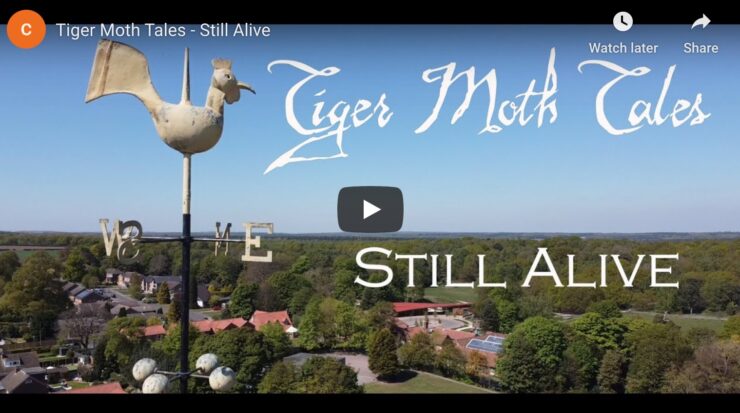 Tiger Moth Tales, the Peter Jones-led project has revealed a new album titled ‘Still Alive’ that will be released on August 1st.  The video for the title track can be seen here:

“This is not the album I had previously planned to put out, as I’d already recorded a collection of new songs at Fieldgate Studios in South Wales which, for various reasons beyond our control, is not ready for release yet,” explains mainman Peter Jones. “But like so many other things this year, this new mini album came out of the blue as a response to the times we now find ourselves in. There are different moods in the songs, inspired by my own alternating feelings. From visions of a doomed world and a growing tone of madness, to a desire to see the positives and the spirit of endurance and survival. Hopefully the message is ultimately an uplifting one and will resonate with others.”

Still Alive will include a new bonus DVD featuring the band filmed live in front of an intimate audience at the fabulous Rockfield Studios in 2018 as part of The Quiet Room sessions.