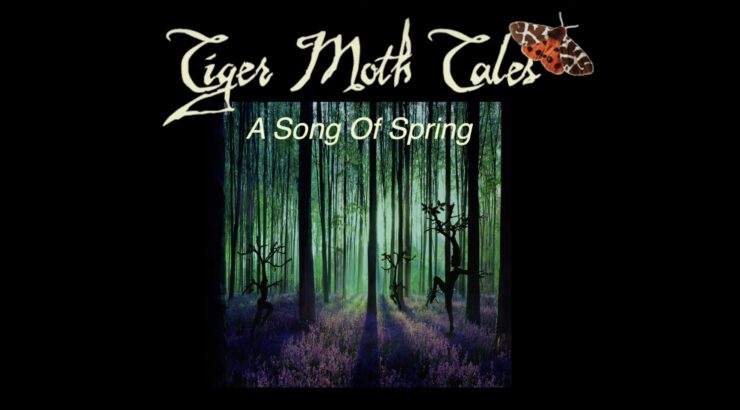 Tiger Moth Tales new album A Song Of Spring will be released through White Knight Records on March 4.

Tiger Moth Tales, the group headed by multi-instrumentalist and vocalist Peter Jones, have released a video for brand new song Spring Fever, taken from the band’s upcoming album A Song Of Spring, which will be released through White Knight Records on March 4.

Peter Jones, who also features in Camel and Francis Dunnery’s band, has roped in Andy Latimer to guest in the new album, as well as solo artist John Holden.

“I’m cautiously excited about this album,” says mainman Peter Jones. “I think I’ve taken some interesting decisions (musically speaking), and the stories which inspired the writing process meant there was a lot to work with. I think this is a return to TMT form, which I hope the mothingtons will enjoy. Even as far back as the writing stages of Cocoon, I already had the idea in mind to do the Four Seasons thing, which started off with The Depths Of Winter in 2017. A fair few things have happened since then, to say the least. I have a few albums in my head that I want to complete someday, but the time felt right to continue the Seasons saga.

“As with The Depths Of Winter, I wanted to touch on both the lighter and darker sides, so it’s not all about the joys of spring. There’s some fairly grim stuff there to get your teeth in to. It was a real pleasure to work with John and Elizabeth Holden on this album. I can normally come up with a few good tunes, but lyrics can sometimes be illusive. So, it was wonderful to have some collaboration on some of these new songs. Tracks such as Rapa Nui and Light have some fantastic lyrics in there. It was also amazing to get a contribution from the one and only Andy Latimer on the latter track. I’m very pleased with it all and I can’t wait to see what people think of it.”