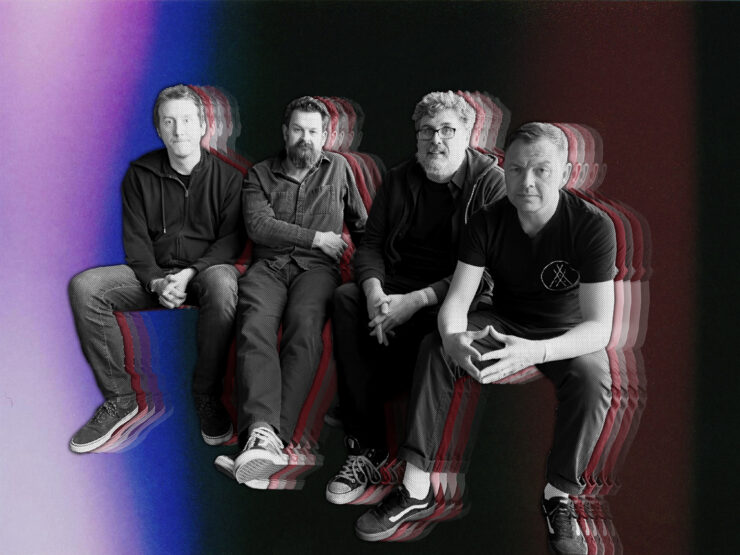 The Fierce And The Dead release their first single in 4 years on May 6th, with (for the first time) vocals from bassist Kevin Feazey. It features sax from Terry Edwards (PJ Harvey/Spiritualized/Faust) and comes from upcoming fourth album News From The Invisible World, to be released later in 2022. The Single artwork is by Mark Buckingham (Neil Gaiman/DC Comics/Fables).

The Fierce And The Dead formed in London in 2010, with all 4 members originally from Rushden, Northants, previously an instrumental band they mix in elements from psychedelic rock, old metal records, garage rock, post-rock, prog and shoegaze.
They released their breakthrough 3rd album The Euphoric in 2018 via BEM records which was Classic Rock Magazine’s Prog Album Of The Year and 8th in Prog Magazine’s critics choice.

matt stevens prog rock the euphoric The Fierce and the Dead