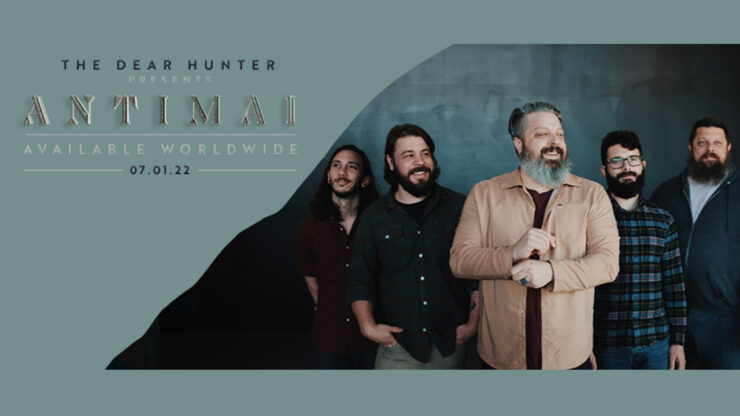 The Dear Hunter have announced their long-awaited new album “Antimai” will be coming out July 1st. Within the concept of “The Indigo Child”, Antimai acts as an atlas of the fictional world’s last remaining metropolis, exploring its social hierarchy from the outside in.

The band have shared the first single “Ring 7 – Industry. You can watch the lyric video here:

Casey Crescenzo commennts, “We first began playing this song in late 2019, touring an unfinished version in the hopes of slowly introducing listeners to the sound of an album we’d hoped to release the following year. Having recorded a majority of our instrumentation in January and early February of 2020, we took a short break with the intent of reconvening in mid March to wrap up work.

“Things evolved as they did, and the record’s future became more and more uncertain with the decreasing likelihood of a traditional promotional/touring cycle ahead. But what started as a demoralizing situation slowly metamorphosed into an amazing opportunity to revisit the record with a completely fresh perspective. And slowly, piece by piece, we completed “Antimai” without any concern of when, or if, it would ever be heard—focusing solely on making a record we wanted to listen to.”