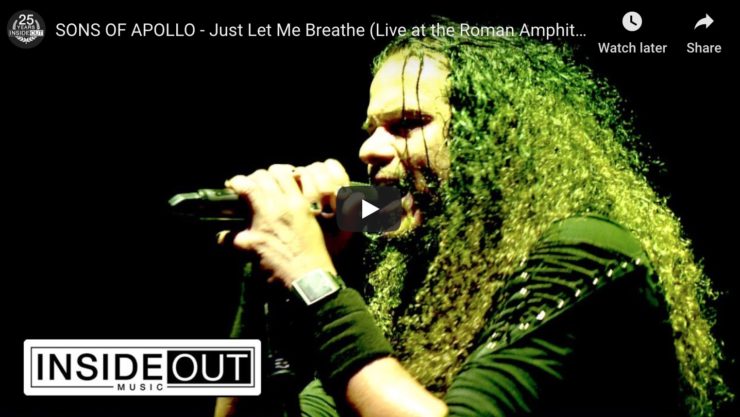 ‘Live With The Plovdiv Psychotic Symphony’ is due out on August 30th, 2019.

While the band are currently working on their sophomore release, Sons of Apollo are pleased to announce the release of ‘Live With The Plovdiv Psychotic Symphony’ on August 30th, 2019. The set documents the band’s remarkable one-off performance at the Ancient Roman Theatre in Plovdiv, Bulgaria alongside a full orchestra & choir, playing tracks from their debut album ‘Psychotic Symphony’ as well as a selection of tracks by legendary bands. It will be available as a limited deluxe 3CD + DVD + Blu-Ray Artbook, Special Edition 3CD + DVD Digipak, Standalone Blu-Ray & Digital Album.

Today they launch a full clip of the band performing the Dream Theater track ‘Just Let Me Breathe’, a song from Mike & Derek’s time in the band. Watch it now here:

Mike comments: “In writing the setlist for Sons Of Apollo’s very first tour, I knew we had to include a few songs from the Dream Theater album ‘Falling Into Infinity’ which was the only full length studio album we did while Derek was in the band. I wanted to do ‘Just Let Me Breathe’ as it’s one of the deeper cuts on the album and I knew SOA would absolutely slay it! Between Bumble, Derek & Billy’s crazy guitar, keys & bass unison sections and Jeff’s overall driving, funky vocal delivery (with myself on the verses & chorus and Bumble on the bridge), I knew the Sons would breathe a whole new life into this track and even kick it up a few notches! Plus, as the song’s lyricist, I took artistic license and changed the lyric from ‘Shannon Hoon’ to ‘Chris Cornell’ to give it a little more relevance in 2019.” 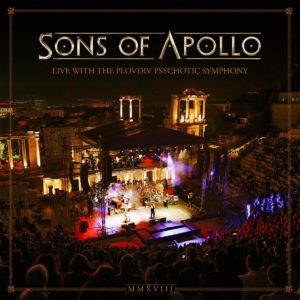