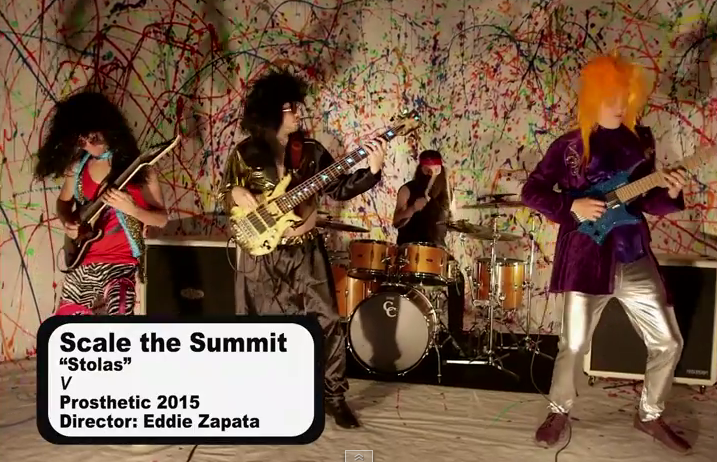 Scale the Summit have release a brilliant new video for their new track “Stolas” from their upcoming album “V”.  The video features the band decked out in cheesy 80’s wardrobe and jumping around in front of neon painted walls.  It also acts as one of those old MTV Pop-Up videos with little tidbits about the band and the making of the video.  It makes for one of the best videos you’ll see this year!