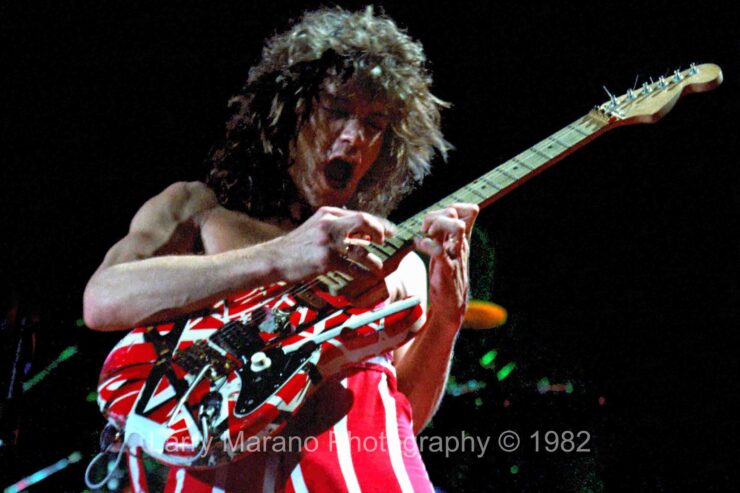 No matter what genre you are a fan of, there wasn’t anyone who didn’t love Van Halen, or appreciated the genius of the great Eddie Van Halen. The legendary guitarist and co-founder of Van Halen has died after a long battle with throat cancer. He was 65.

He died at St. John’s Hospital in Santa Monica Tuesday. His wife, Janie, was by his side, along with his son, Wolfgang, and Alex, Eddie’s brother and drummer.

Wolfgang posted the following message via Instagram: “I can’t believe I’m having to write this, but my father, Edward Lodewijk Van Halen, has lost his long and arduous battle with cancer this morning. He was the best father I could ever ask for. Every moment I’ve shared with him on and off stage was a gift. My heart is broken and I don’t think I’ll ever fully recover from this loss. I love you so much, Pop.”

Right from the release of their self-titled debut album, Van Halen blew the doors off the rock music world, highlighted by Eddie’s guitar pyrotechnics. No one had heard anything like “Eruption” before. It would grow from there with Van Halen 2 on to the mega-success of 1984, and even greater commercial success with Sammy Hagar as lead singer in the 90s. But it was Eddie’s guitar playing that influenced generations of guitarists.
There has never been and will never be anyone like him again. RIP Eddie.

In tribute to the guitar legend we recorded a podcast talking about what Eddie meant to all of us and to music.  You can hear that here: