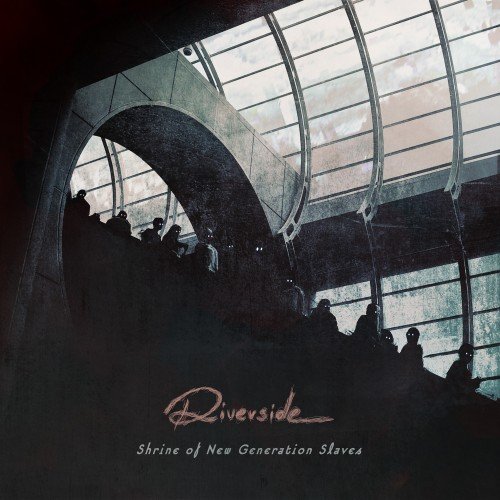 On January 21st, 2013 Riverside released their fifth full-length album, Shrine of New Generation Slaves. The album saw a shift towards a more organic approach, with less focus on the metal aspects of the band’s music and a greater focus on melody. The result was one of their more eclectic and diverse albums.

Singer Mariusz Duda said this about the album in a recent interview with The Prog Report, “with Shrine of New Generation Slaves I started to produce us, and not just in the rehearsal room. I wanted to open the window and let the air come and to refresh something in our arrangements, and I really wanted to get rid of unnecessary things. I based it all on the songs because Shrine of New generation slaves is an acronym for Songs and I wanted to focus on melodies. I wanted to bring back our melodies that disappeared a bit on Rapid Eye Movement and on Anomi High Definition.”

Songs like “Depth of Self-Delusion”, “Celebrity Touch” and “Feels Like Falling” conveyed this new approach while the 12 minute epic “Escalator Shrine” is one of the highlights of the album with its dynamic elements and grand ending.