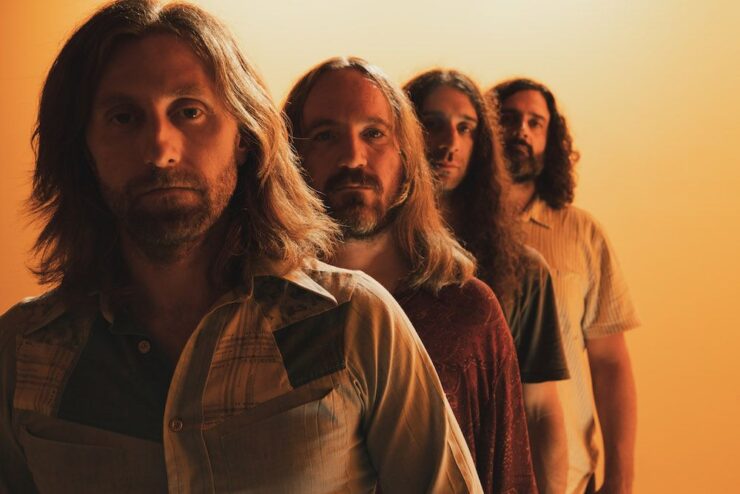 “‘Long Way Down” is one of the darker tracks on the album. It was written out of frustration at the state of the world,” says Birth’s Conor Riley. “It’s really about watching the slow decline and trying to hype myself up for the end of it. For the video, we wanted a vintage vibe that captured the darker and chaotic theme of the song. We worked with Vince Edwards who really helped us develop that vision.” 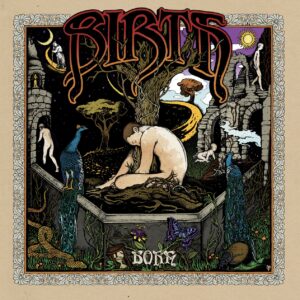 Simultaneously, the album also earned #17 on Billboard’s Top New Artists Albums, #19 on its Current Hard Music Albums, and at #66 on the Independent Albums Chart while also placing #31 Hard Music Albums on the Canadian Billboard Chart and #110 on their Top Current Albums ranking. In its review of the debut,San Diego Magazine called Birth’s sound “head-trip wizardry” and stated, “Born’ showcases the kind of cosmic journey four seasoned veterans can conjure up when they get into the same room together.”

Featuring guitarist/keyboardist/vocalist Riley and guitarist Brian Ellis, musicians who burst onto the prog-psych scene in the late aughts with Astra, a formidable, foundational group hailed as “prog goliaths” (AllMusic), who would shape the sound of things to come alongside co-conspirators such as Earthless, Diagonal and Dungen, and whose albums ‘The Weirding’ (2009) and ‘The Black Chord’ (2012) stand proud as two of the greatest progressive achievements of this century thus far, there is a palatable excitement surrounding Birth and the group has been pegged as one to watch in underground circles. Excitement surrounding the group kicked into a gear once a now-deleted demo ep was unleashed, on a pay-what-you-will basis, on the Bandcamp platform in 2021, which marked the spark of creation for the Birth universe, delivered a blast of vibrant progressive rock rich in cinematic scope and psychedelic intensity, and laid the groundwork for what was to come.