Prog Madness 2020 – Vote for your favorite prog album of each decade! 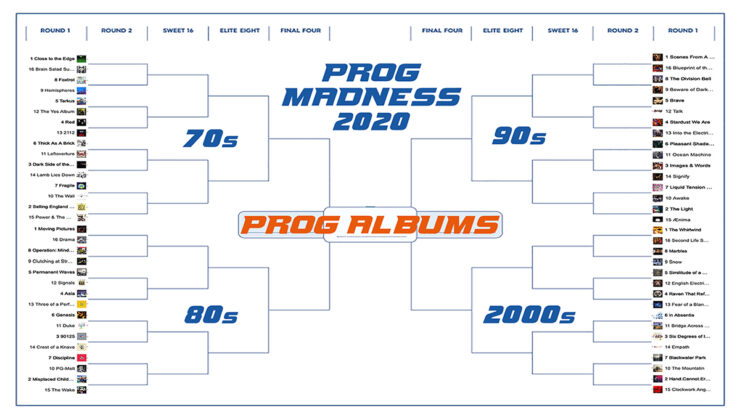 Vote for your favorite prog album!

One of the biggest events in American sports is college basketball’s March Madness. For those not familiar, 64 teams are split into 4 regions of 16 each and compete over a few weeks until there is a winner from each region (The Final Four).  Ultimately, the remaining four compete until there is one final winner.  So with March Madness being one of many events being cancelled recently, we are doing our own version for prog rock albums.  We divided the albums into 4 regions by decades, 70s, 80s, 90s, 2000s (2000-2020).

We tallied the votes from Facebook and Twitter and the winning album, as chosen by fans with thousands and thousands of votes is…. Dream Theater‘s classic Metropolis Pt. 2: Scenes From A Memory. It defeated Rush’s Moving Pictures 5448 to 5280. Thanks to everyone for voting. We hope this was fun and gave you something fun to do during this crazy time.

You can download a higher res version of the chart here. 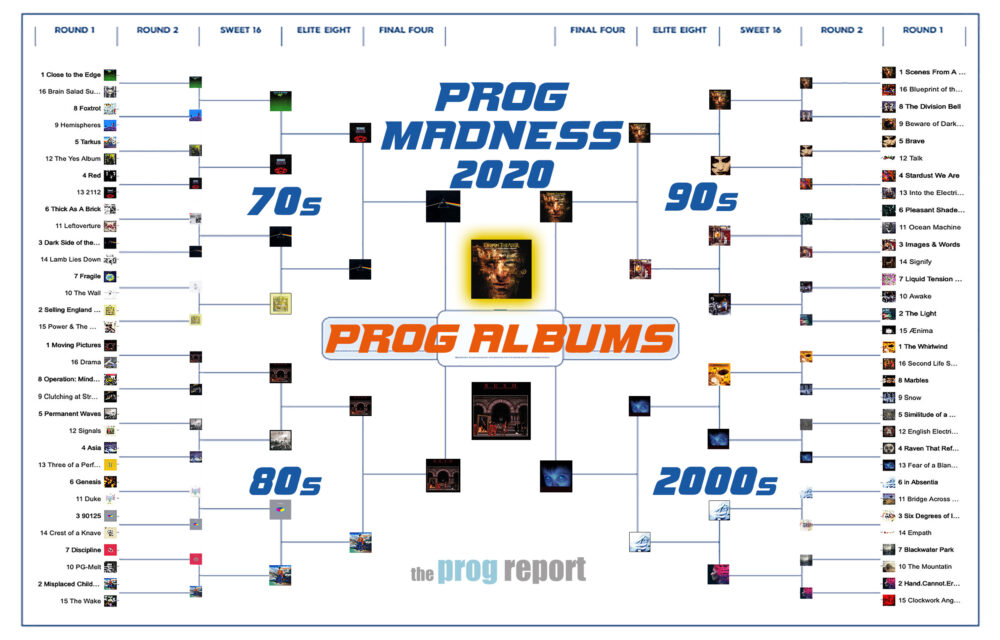