Phil Collins returns to the stage in Miami, FL 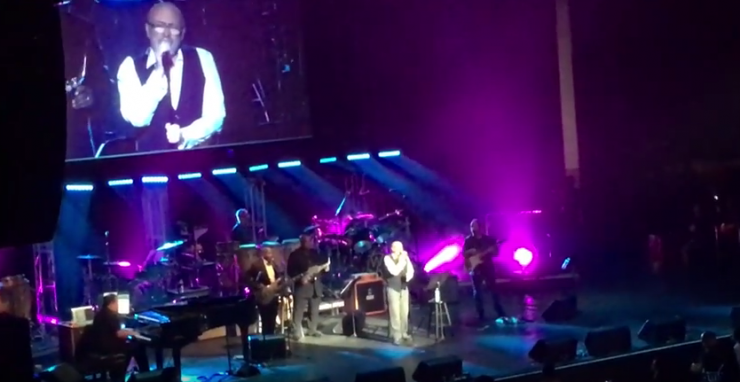 The legendary singer performs “In The Air Tonight” and other classics.

Phil Collins made his first live performance in 6 years on March 11th, 2016 at a charity event. The Little Dreamers Gala was put together by Collin’s wife and featured a number of performers including Lou Gramm of Foreigner.  Collins played a short set consisting of Against All Odds, Take Me Home, Easy Lover, In The Air Tonight an a couple of RnB covers.

Collins had left performing in recent years as his health has been an issue, including nerve damage that has caused him to step away from the drums.  However, recently, he has said he wants to come out of retirement.

The Genesis singer sounded excellent as you can see in this clip of his solo classic, In The Air Tonight.