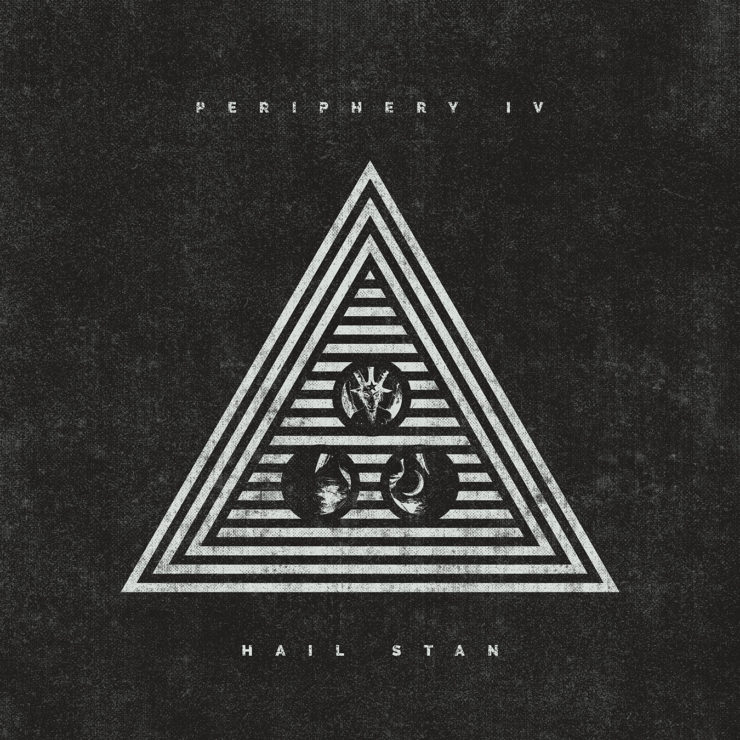 Periphery return with the 6th studio album oddly titled Periphery IV: Hail Stan. One of the leading bands in the “Djent” movement, Periphery have continually shown growth and maturity with each album and their latest is the culmination of what this band has been aiming towards. The aggressive nature is still very much intact, but this time with more diversity, more melody, and just fantastic songwriting.  If you have not given this band a chance before, this is the album to do so.

Look no further than the stunning opener “Reptile,” perhaps the best song the band has done to date.  At nearly 17 minutes, this mini epic encompasses much of what the band has been known for but in an elevated fashion.  The chorus is so addictive, you almost fail to realize the insanity with which drummer Matt Halpern is playing underneath the melodic chorus; this is what this band brings on this album that few bands are able to do so perfectly. From there, the band dive into the track “Blood Eagle”, a quick reminder of the brutality the band possess, as well.  Singer Spencer Sotelo belts out his demonic growls only adding to the intensity, while the unique rhythmical patterns hidden within the complex song structure make even the most metal side of this band something to behold.

There are a few more melodic moments such as the monstrous single “Garden in the Bones”, a track that features one of the album’s best choruses, and the following “It’s Only Smiles”, which stands among the most stylistically commercial tracks the band has created.  Sotelo’s versatility really stands out here as he sounds brilliant.  Guitarist and founder Misha Mansoor shows he is able to not only shred on the album but really play within the song as well, as he does on this track.  The album closer “Satellites” is another mammoth track, displaying both the softer and metal sides of the band.

While former bassist Adam “Nolly” Getgood is no longer in the band, he does contribute and mixes the album.  He has recently proven to be one of the premiere metal and prog producers/mixers around and again proves that here.  The sound and mix on this album is incredible. The performances here by the entire band are impressive.Periphery continue to surprise and they certainly sound like they have more in store with future albums.  Meanwhile, Hail Stan is a brilliant album, one worth spending time with.  We highly recommend this one.