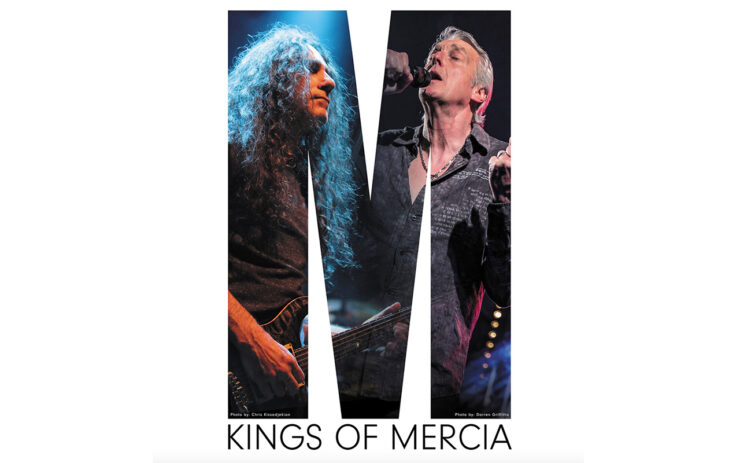 Kings of Mercia debut LP scheduled for release In September

The combination of big riffs, driving rhythms, thick yet lithe bass lines and rich vocal melodies has made for some of the greatest music of all time, and in the hands of Kings Of Mercia this recipe is intoxicating. The new project features guitarist Jim Matheos (Fates Warning, OSI, Tuesday the Sky) along with the vocal talents of Steve Overland (FM). The duo are joined on their debut album by the dynamic rhythm section of drummer extraordinaire Simon Phillips (ex-Toto, Derek Sherinian), and bassist Joey Vera (Fates Warning, Armored Saint).

Music will be launched later this summer with an album scheduled for release this fall. Until then, fans can get an impression of what is to come by visiting: metalblade.com/kingsofmercia