Native Construct – Tales from the Road 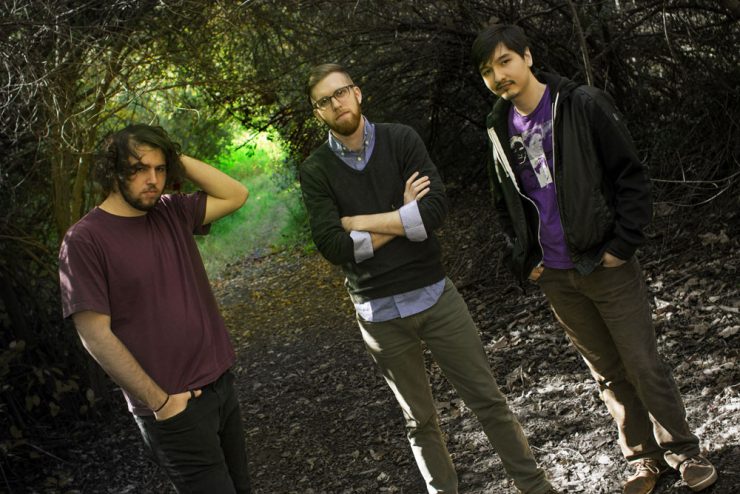 Interview with Native Construct’s Myles Yang from the road.

One of the surprise albums this year was the debut by the Prog Metal trio Native Construct.  The album ‘Quiet World‘ was released earlier this year on Metal Blade and has put the band on the map which includes an upcoming tour with Between the Buried and Me.  This is full circle for the group who were discovered by Thomas Rodgers of BTBAM.  We caught up guitarist Myles Yang as he and the band get ready for their next adventure.

So now that some time has passed since the album’s release, how have things changed for the band?

Things are going great! The record has received some truly amazing feedback. It has also led to opportunities that we never thought we’d have this early in our careers. It’s wonderful to see that people are enjoying the music so much.

How is the touring lineup working out?

We’ve been focusing primarily on our live show over the past few months and have played with several different lineups so far. We had a lot of fun with all of them, but the lineup we’re currently working with feels more solid than ever. The band is finally coming together. It’s exciting!

You just finished your summer tour, how was being on the road?

For many of us, this was our first real tour and it was an unforgettable experience. We learned and improved so much in that time and received great responses from very kind audiences at every show. We can’t wait to get back out there to continue meeting new people and honing our craft.

Are you seeing your audiences grow as you continue to tour?

We haven’t been touring long enough to see any significant effect yet, but it seems likely that there will be some growth after this next big tour.

Next you are hitting the road with BTBAM, anything planned yet to follow that?

That’s the one! We’re enormously grateful for that opportunity. We could not ask for a better tour to be a part of. There are a couple of potential tours with phenomenal bands next year, but it’s all tentative as of now. There’s nothing I can announce specifically just yet. Other than that, we’ll be at NAMM in January!

Are you writing new material?  When can we expect anything new?

I’m always writing a little bit. My ideas have a tendency to be fleeting and elusive; so, I try to capture them whenever they arise. I have a large stack of small ideas that need to be sifted through and developed for the next album. The plan is to start focusing heavily on that early next year, depending on our touring schedule. 2016 should be another action-packed year for the band.