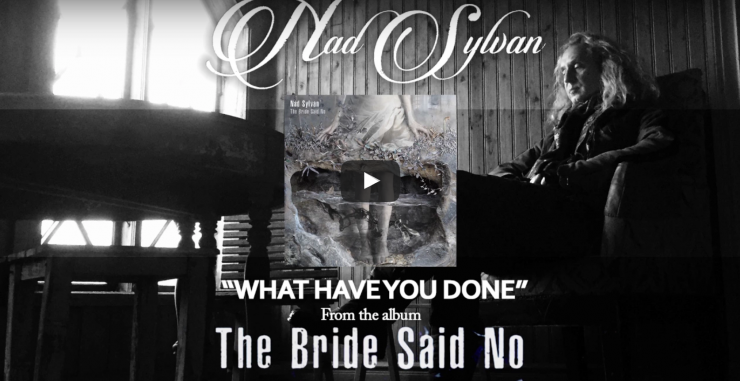 Nad Sylvan, vocalist with Steve Hackett and Agents Of Mercy, releases his new solo album ‘The Bride Said No’ today. The album sees Nad joined by a myriad of guests including Roine Stolt, Steve Hackett, Guthrie Govan, Tony Levin, Jonas Reingold, Nick D’Virgilio, Doane Perry & more. To celebrate, a stream of the track “What Have You Done”, featuring Hackett and Govan performing guest solos, can be heard here.

Nad comments: “Little did Jade Ell know that her first drafts of lyrics would enthuse us both to come up with what probably is the strongest song on the album. Little did I know that Steve Hackett and Guthrie Govan were going to lift the song up above the clouds into guitar heaven.
This, my second album for InsideOutMusic, is the continued journey of the Vampirate’s vessel going in a new direction out on undiscovered waters moving into present time. Prog meets heavy metal and R&B in a musical theater setting.”
courting the widow genesis guthrie govan nad sylvan nad sylvan the bride said no review prog rock steve hackett tony levin