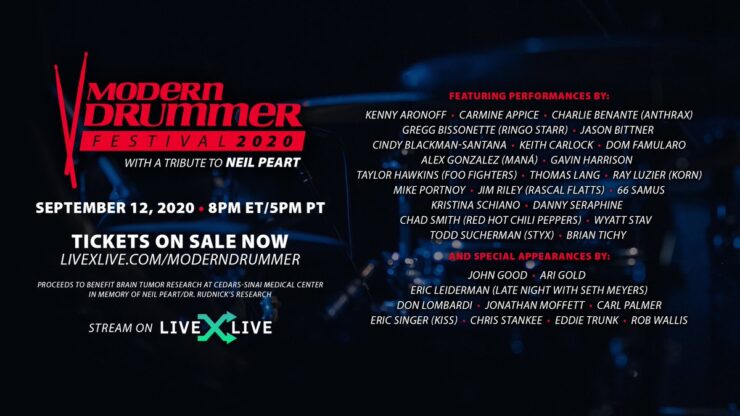 The Pay-Per-View event will take place on September 12, 2020

A global platform for livestream and on-demand audio, video and podcast content in music, comedy, and pop culture, announced today that it has partnered with global publisher Modern Drummer to pay tribute to Neil Peart and drumming talent worldwide during the Modern Drummer Festival 2020, the twentieth annual edition of the festival.

The Pay-Per-View event will take place on September 12, 2020, produced and distributed by LiveXLive.