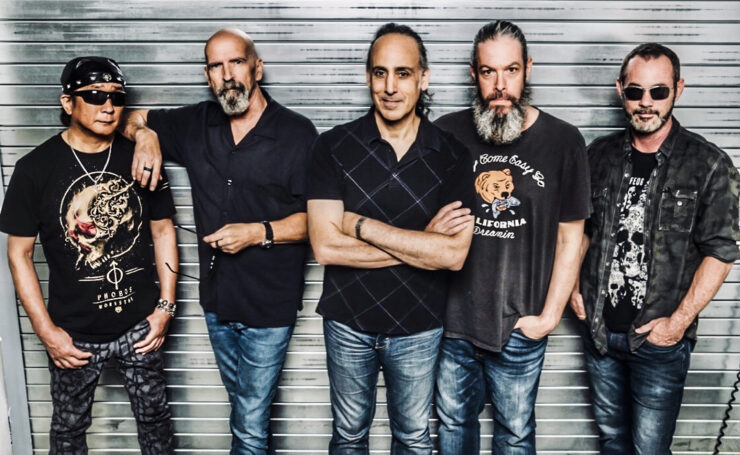 The brainchild of Jonathan Mover, ProgJect came to fruition out of his love for and childhood dream of playing the ‘Prog’ he grew up listening to. “Prog Rock is the reason I play drums,” Mover explains.

After a last-minute call to tour with the premier Genesis tribute band The Musical Box, Mover returned home waxing nostalgic: “I haven’t had that much fun onstage in a long time and was reminded of the reason I began drumming in the first place–Prog Rock. Playing songs like ‘Robbery, Assault and Battery’, ‘Dance on A Volcano’, ‘Wot Gorilla’, ‘Watcher of The Skies’ and ‘Back In NYC’ had me feeling fifteen again and relit the very same fire I felt when I first picked up sticks.”

Next thought, “What if I put together ‘The Ultimate Prog Rock Experience’, with top players, and pay homage to our favorite Prog giants–Genesis, Yes, ELP and King Crimson, along with some Pink Floyd, Rush, Peter Gabriel, U.K., Jethro Tull, Gentle Giant and more?” The seeds were sown.

With a two-plus hour set that includes Prog classics and epics such as, “Squonk”, “Cinema Show”, “Firth of Fifth’, “Karn Evil 9 – 1st Impression Pt. I & II”, “Siberian Khatru”, “Roundabout”, “Heart of the Sunrise”, “21st Century Schizoid Man”, “Lark’s Tongues In Aspic”, “Xanadu”, “La Villa Strangiato”, “Have A Cigar”, “Wish You Were Here”, “Solsbury Hill”, “Living In The Past” and more… ProgJect is going to drop your jaw and blow your mind.