MESHUGGAH will be touring in support of their highly acclaimed, eighth studio album, The Violent Sleep of Reason

Swedish extreme tech-metal pioneers Meshuggah have announced they will perform a handful of special U.S. headlining dates this Spring to add to the four U.S. festivals previously announced. Leading up to the trek, cThe tour, presented by The Noise, will also bring The Black Dahlia Murder as special guests for the headlining shows!

Tickets for the headlining shows will be available for purchase on Friday, January 25th at 10am local time. 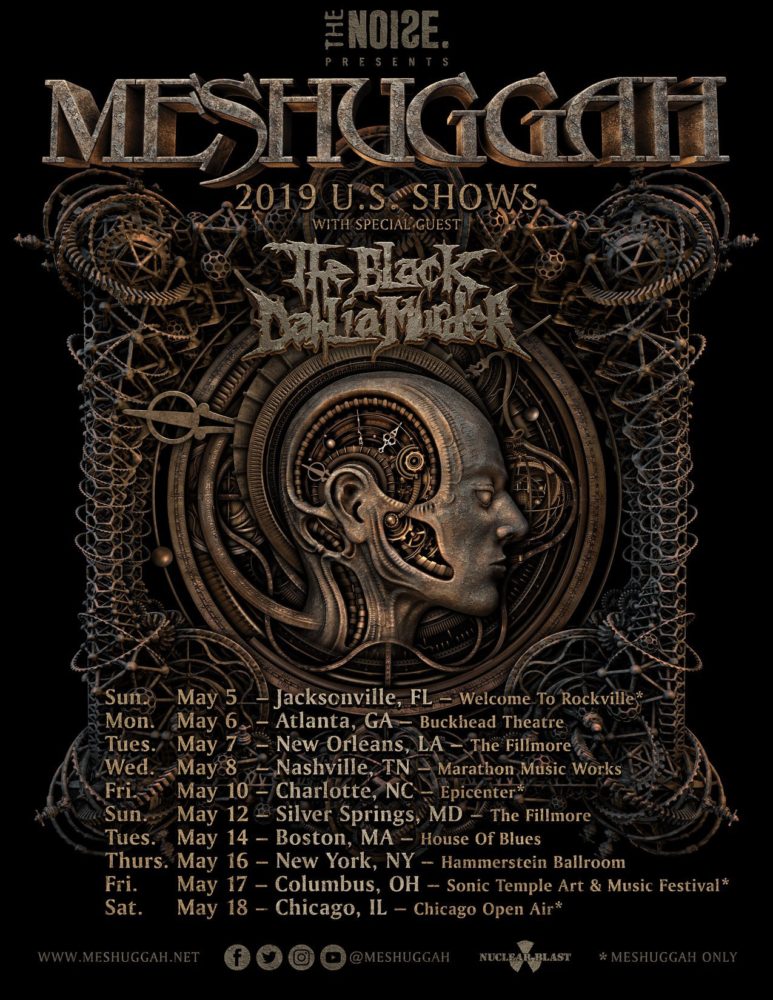