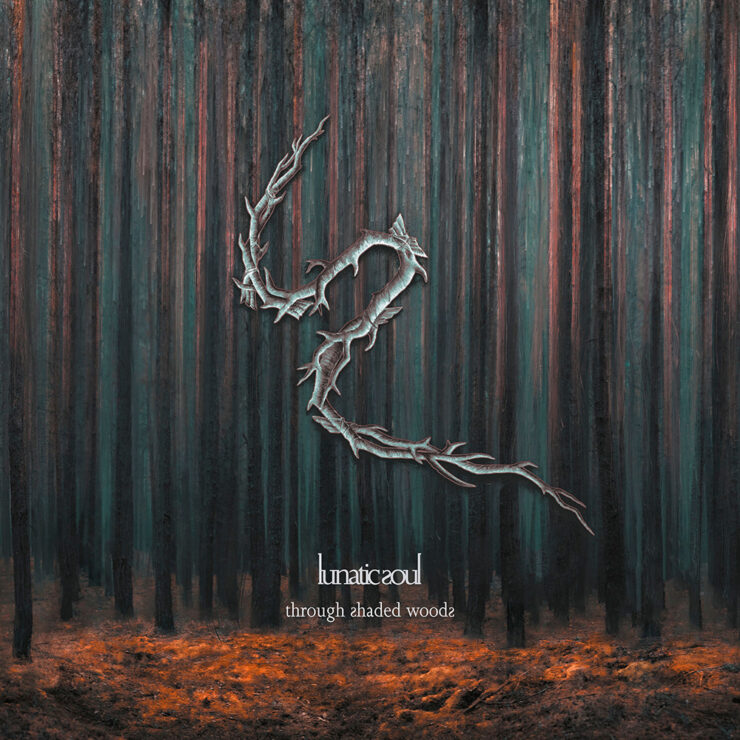 New Lunatic Soul single from the upcoming album Under the Fragmented Sky due out May 25th.

Lunatic Soul, the project from Riverside’s Mariusz Duda, will release its seventh album ‘Through Shaded Woods’, through Kscope on 13th November. You can now see the the video for  “The Passage”, the first single  to be taken from the forthcoming album.

Of the new track Mariusz Duda comments “’The Passage’ is a signature piece of the new Lunatic Soul album, on which we enter a mysterious forest full of dynamic, ritual dances. The title “passage” is the destination for the main character, where he is to be cleansed and reborn. “Shaded Woods” are our worst traumas and nightmares, the most difficult moments in our life. Going through them symbolises facing and overcoming them. “Through Shaded Woods” is about reaching a better place in life, about giving yourself another chance.

“Shaded Woods” is also symbolic of our present, difficult times. Let us hope that at the end of this dangerous path we are on, we will have become richer in new experiences, wiser and much stronger, which is my wish for everyone. May this song, as well as the whole album, be like a torch, which not only makes the darkness disappear, but might come in handy when fighting monsters.”

On album number seven Mariusz Duda, the multi-instrumentalist, vocalist, and mastermind behind Lunatic Soul is extending his musical explorations to include dark Scandinavian and Slavic folk referencing bands like Heilung or Wardruna. Following the heavily electronic sound of previous albums Fractured and Under the Fragmented Sky, Through Shaded Woods is completely devoid of electronics and is the first album in Duda’s discography, on which he plays all instruments.

Mariusz found his inspiration for the album from his childhood home, an area of Poland known for its forests and lakes, ” I think I have always wanted to create an album steeped in nature and woodlands. These bring to my mind freedom, breathing and a dance ritual of coming back to nature, so I wanted the album to include such ritualistic primal dances, shamanic, Slavic and Viking moods. I wanted to mix it all up and put it all together, making “Through Shaded Woods” the most intense, dynamic and the most danceable album in my career.”

Mariusz Duda appears to have put the personal darkness that inspired his previous albums behind him, as more optimistic elements shine through in his new music. The album becoming musically “brighter” as it progresses – from the atmospheric introduction of “Navvie” through to the title track, which leads the listener to a melodious, trance like “Oblivion”, echoing the style of Dead Can Dance.

Through Shaded Woods will be released on CD; 2 CD featuring a bonus disc of 3 additional tracks including a 26-minute suite called “Transition 2; black vinyl LP in gatefold sleeve and digitally and is available to pre-order HERE (https://lunaticsoul.lnk.to/ThroughShadedWoods)