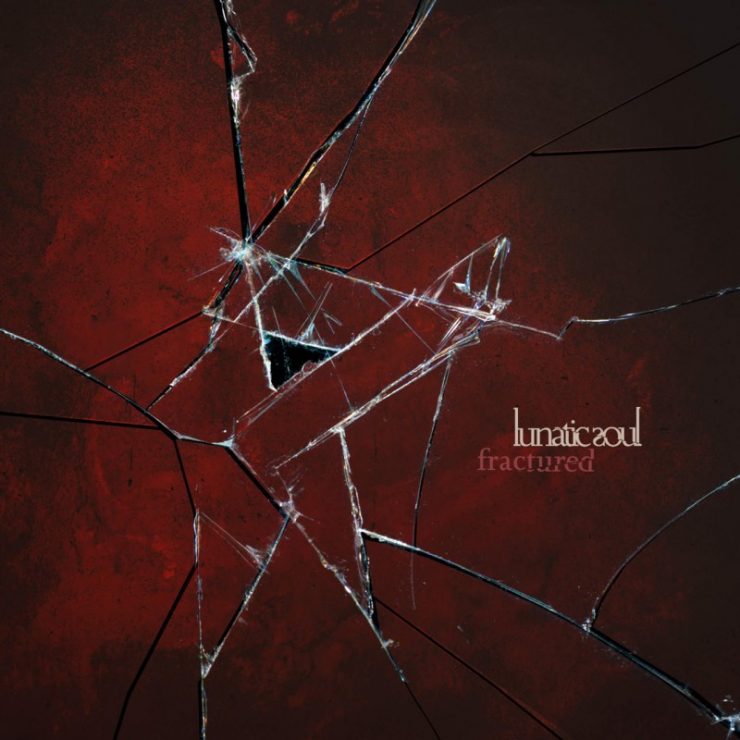 Review of the new Lunatic Soul album – Riverside out on October 6th, 2017

It’s somewhat rare for a solo project to rank alongside the output of its creator’s main band; in that way, Lunatic Soul is an anomaly, as its catalog thus far is in many ways equal to—yet quite different from—that of Polish mastermind Mariusz Duda’s other outlet, Riverside. Whereas Riverside centers almost entirely on a progressive rock/metal foundation, Lunatic Soul allows Duda to explore a more diverse and avant-garde palette, incorporating bits of prog with several other styles, like electronic, ambient, folk, industrial, classical, and world music.

This mixture was best realized on 2014’s Walking on a Flashlight Beam, an incredible sequence that contained some of Duda’s greatest musicianship, songwriting, and singing to date. Unsurprisingly, its follow-up, Fractured, is yet another highly evocative, ambitious, and creative tour-de-force (due in part to the contributions of saxophonist Marcin Odyniec and the Sinfonietta Consonus Orchestra). While it’s a tad less interconnected and impactful than its predecessor, it’s likely even more adventurous and varied, so it ties with Walking on a Flashlight Beam as the greatest Lunatic Soul LP.

Duda often uses his music as a means of confronting both philosophical inquiries and personal turmoil, and Fractured is no different. In fact, he describes it as “an album of catharsis after a challenging year in [my] personal life,” a sentiment that’s surely in reference to the sudden death of Riverside guitarist Piotr Grudziński in February of last year. Duda expounds: “The main theme . . . is coming back to life after a personal tragedy. It’s inspired by what happened in my life in 2016 and by everything that’s happening around us and what’s making us turn away from one another and divide into groups, for better and for worse.” As usual, he deliveries these poignant and thought-provoking ideas with superlative arrangements, enthralling melodies/vocals, and touching lyricism, all of which culminate into one of his best records to date.

“Blood on the Tightrope” is the most instantly gripping Lunatic Soul opener yet (in a way, it also feels like a lost track from Riverside’s 5th studio work, Shrine of New Generation Slaves). An unsettling blend of frantic percussion and electronic counterpoints guide Duda during his cautionary verses (“No matter how hard you try to shut down your feverish thoughts / They hunt you down with no regret / Cause you have to fix it all”). As it goes, more elements—such as backing chants, synth oscillations, piano chords, acoustic guitar strums, and of course, Duda’s trademark impeccable basslines—are added, making it an ever-changing emotional marvel. Naturally, he also introduces a hypnotic bridge halfway through (“Every day, every night / We walk the line trying not to fall / Every day, every night / We’re getting close then we lose control”) that fits perfectly with the rest of music and heightens its catchiness as the concluding madness unfolds. All in all, it’s a powerful opener that exemplifies what makes Lunatic Soul so special.

In contrast, “Anymore” is more straightforward and sparse, utilizing a folk/tribal/electronic foundation to coat Duda’s confrontational laments, whereas “Crumbling Teeth and the Owl Eyes,” with its central acoustic guitar arpeggios, orchestral sorrow, and dazzling rhythmic timbres, is undoubtedly among the most beautifully haunting pieces Duda has ever crafted. Like many of his best songs, it’s the way that the vocals and instrumentation dance around each other with ingenious elegance and precision that makes it remarkable. The same can be said for “Red Light Escape,” whose overarching warmer tones (including more acoustic guitar strums and a lovely solo from Odyniec near the end) somewhat mask a sinister heartache. Honestly, Duda has rarely sounded more grief-stricken and fragile, and it’s truly awe-inspiring how his anguish is enveloped by the swelling musical purification.

The second half of Fractured fares just as well. For instance, the title track kind feels like a mixture of Riverside, The Pineapple Thief, and Anathema in how it mergers ethereal chants, complex indigenous rhythms, aggressive declarations, and electronic complements. Afterward, and as its title suggests, “A Thousand Shards of Heaven” begins as a gorgeous ballad consisting of strings, acoustic guitars, and delicate vocal harmonies delivering Duda’s typically poetic yearnings (“You can say that I belong to / All the moments that I couldn’t let sink into my oblivion / You can say that I am yearning / For something that’s already gone”). Soon after, it patiently transforms into an instrumental opus as catchy bass lines lead drums, saxophone, electric guitar, and more into a collision of heavenly/hellish wonderment. In the mist of all that, Duda sings another segment that packs quite an emotive punch.

Penultimate entry “Battlefield” is purposefully cold and eerie, with a collage of ghostly layers working together to unsettle until a tense build-up of beats, loops, synths, bass patterns, and arguably Duda’s best vocal performance on the disc unite for a stirring and chaotic finale. (In particular, the way he sings, “And the broken hearts will not break through my mind” will etch itself into your memory.) Given the aforementioned main theme, it makes sense that “Moving On” closes Fractured, as it’s a relatively inspiring and buoyant journey that kind of recalls the luscious ‘80s rock vibe of Riverside’s Love, Fear and the Time Machine. It’s not the best selection in the sequence, but it’s still a really strong entry that captures the notion of “coming back to life after a personal tragedy” very well. (It’s final saxophone notes are notably life-affirming.)

Like its predecessors (especially Walking on a Flashlight Beam), Fractured is a deeply personal yet universally relatable work of art. It once again exhibits Duda’s excellence at channeling a consistent identity while also feeling very individualized, unique, and fresh (so it’s simultaneously an isolated experience and a fitting sibling to the rest of his canon). Whether under the guise of Riverside, Lunatic Soul, or anything else, Duda never fails to be a spotlessly earnest, inventive, and striving creator whose gamut of tender confessions, brutal intricacies, and everything in-between always bursts with colorful refinement and personality. As such, Fractured further cements him as one of today’s most distinguished and consistent songwriters, vocalists, and composers.