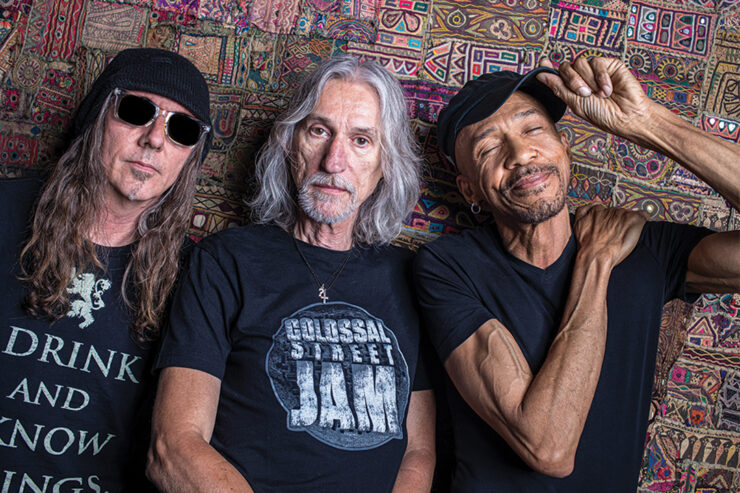 The legendary King’s X, comprised of dUg Pinnick, Ty Tabor & Jerry Gaskill, are pleased to announce they have signed with InsideOutMusic/Sony Music worldwide. They will be the label-home for the bands forthcoming 13th studio album and first new music in 14 years, which has just been completed, the long-awaited new record will see the light of day on the 2nd of September 2022.

“I feel like it’s been forever since we put out a new album, and I’m ready for the world to hear our latest offering, hopefully there’s a little bit of everything that you love about Kings X, three sides of one is the best way to describe it. The groove is with us!” – dUg Pinnick

“It’s really gonna happen! The new record is coming out soon. I’m happy to be working with the team at InsideOut/Sony Music. I’m happy with the record. I’m happy everybody gets to hear it. It’s a happy day. Or at least that’s what I’m telling myself. Hope you enjoy it!!!” – Jerry Gaskill

“I have a long-standing relationship with InsideOut and am so pleased that InsideOut/Sony is releasing the new King’s X album.” – Ty Tabor

InsideOutMusic label-head Thomas Waber adds: “We have known the guys since forever and have been fans even before then. We are really looking forward to adding another album to their impressive legacy. Working on a King’s X album is always a highlight and an honour!”

The bands forthcoming new album saw them working with Emmy Award-winning engineer, mixer, and producer Michael Parnin (Rage Against the Machine, Mark Lanegan) at his Blacksound Studio in California. He comments:
“I am very proud of the energy and work put into this album, especially of all the different vocal performances and varied musical influences mixed together as one. In true King’s X fashion, we had several obstacles to overcome, and it wasn’t easy but hopefully worth it to the amazing die-hard fans out there who have been waiting so patiently and to the new listeners hearing King’s X for the first time. It’s an honest labour of love that I am excited the world finally gets to hear.”

King’s X are set to return to stages in 2022, heading to Europe in September and returning to North America for more dates in October. Find the full list of shows below:

Look out for more info on the new album in the coming months!