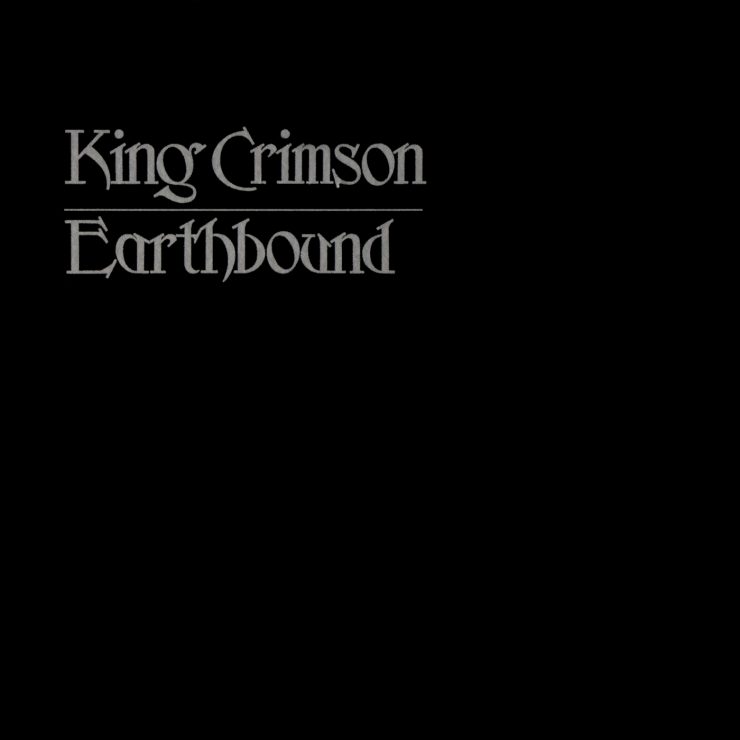 King Crimson’s “Earthbound – 40th Anniversary Edition” expanded CD & DVD is now available for pre-order and will be released on November 17, 2017

King Crimson’s “Earthbound – 40th Anniversary Edition” expanded CD & DVD is now available for pre-order and will be released on November 17, 2017! “Earthbound,” originally released in 1972, was one of the earliest (if not the first) “official bootleg” released by a major rock band, consisting of a series of deliberately lo-fi live recordings of King Crimson’s “Islands” era line-up on tour in the USA. When issued, because of its mid-price it was excluded from the main album charts in the UK but topped the mid-price charts rubbing shoulders with Jim Reeves & Mantovani. Atlantic in the USA didn’t even bother to release it. By then, the band had broken up and the label had already been alerted to the likelihood of a new King Crimson line-up promised for later in the year. Like the later live album, “USA,” “Earthbound” remained unavailable in the early CD era, with both finally being released in 2002 on CD. Ironically this non-availability served to enhance interest in the album while DGM’s live releases made fans aware that there was a larger story to be told of this line-up’s history.

When Robert Fripp was asked to guest on the second Grinderman project, Nick Cave noted: “I wanted to work with Robert Fripp because he has done some of the most uniquely unsettling guitar work I have ever heard along with some of the most delicate and finessed. I grew up listening to a lot of the King Crimson stuff. The vinyl copy of the phenomenal live album ‘Earthbound,’ is one of my most treasured possessions.”

The new version of “Earthbound” features an expanded version of the original album on CD & DVD. As a series of stereo only/low-fi recordings, a 5.1 edition was neither possible nor appropriate. However, also included on the DVD of this release is the full performance from Summit Studios, captured on the same US tour in 1972, appearing in both new stereo & quadraphonic mixes, providing the only live surround recordings of this line-up. This release also features 15 minutes of material not included on the original mail order only CD of Summit studios as issued by DGM in 2000. The DVD also features the “Schizoid Men” sequence from the “Ladies of the Road” live album & a transfer of a 1972 vinyl edition of the “Earthbound” LP.

• “Earthbound” – is the twelfth release in the acclaimed King Crimson 40th anniversary series.
• The album has been expanded ON CD & DVD
• CD features an expanded 12 track version of the original 5 track album.
• DVD features the 12 track expanded album in 24/96 hi-res stereo audio.
• DVD also features the Summit Studios performance in a new stereo mix & in quadraphonic.
This is the only surviving multi-track performance from the 1972 tour.
• DVD features the album length “Schizoid Men” sequence of edits of 21st Century Schizoid Men taken from the “Ladies of The Road” live album
• A transfer of the original vinyl album completes the audio selections.
• Presented as a 2 x digi-pack format in a slipcase with new sleeve notes by King Crimson biographer Sid Smith along with rare photos & archive material.
• Continues the highly collectable King Crimson series.