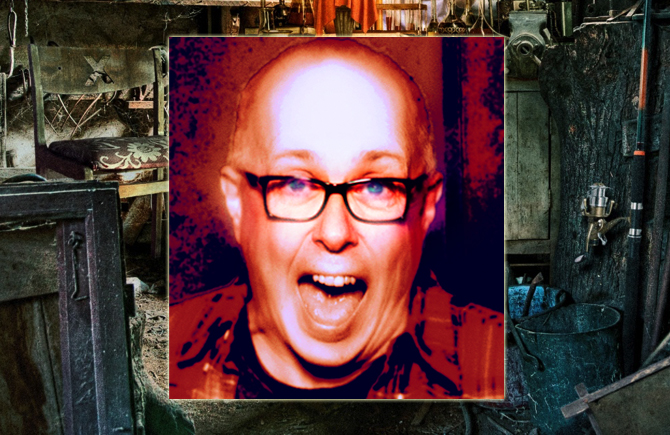 Spock’s Beard songwriter John Boegehold talks about his work with the band.

Spock’s Beard is full of incredible musicians but also has its own secret weapon in John Boegehold, songwriter and producer extraordinaire. A staple with the band since Neal Morse left the group, Boegehold has written many songs over the band’s last 6 studio albums including their upcoming album, ‘The Oblivion Particle.’  We tracked him down for a few questions.

How did you get involved with the band?

I was in a band back in the 80’s here in L.A. with a drummer who was also in a band called Casanova with Neal and Al Morse. That’s where I met them.  Al played on a bunch of my band’s demos when our guitar player vanished. Later,  Dave Meros joined my band which went through a few incarnations. Al recorded with us a few times as well.  A few years later in the early 90’s, Al called me and said that Neal had been writing a lot of prog that I absolutely had to hear so he brought over a cassette with a demo  of “The Light,” which needless to say floored me. I volunteered to do anything to help out with the project, so once they formed the group with Dave, Nick and Ryo I was enlisted to shoot photos for the band and do some graphics and website design since I had a graphics background.  On the music end, they recorded some guitar, vocal and keyboard overdubs at my studio for the first few albums. Dave and I mixed the Official Live Bootleg CD so I was basically a utility player during the Neal era.

At what time did it get discussed that you would start writing for and with the band?

I pretty much forced myself on them. The day I heard that Neal had left, I called Dave and asked about the future of the band. When he said the plan was to keep going and that everyone was going to be coming up with material, I said I would love to get in on the co-writing at any level. Within a few weeks, I was writing material with Alan and Dave that would end up on Feel Euphoria. It all happened pretty quickly.

Was the first time you wrote with them was Feel Euphoria?

Yes, that was the first time I wrote with them for Spock’s Beard, although I had written a bunch of pop material with Dave for a band we were in a few years earlier.

Did you change how you were writing album to album?

Not too much stylistically. A big change was more in the process between Feel Euphoria and Octane. For Feel Euphoria, the other guys would start a song then I would jump in and either finish it or contribute something, lyrics or music. For Octane, I started initiating material. I came up with the concept, some music and most of the lyrics for “A Flash Before My Eyes.” I also did a demo of a couple of sections while they were out on tour. That got the ball rolling on that album.  That’s pretty much how it’s worked since then. The band finishes an album and while they’re out touring to promote it, I start writing for the next one.  For the past couple of albums I’ve been writing more on my own.

How do you feel this album is different than the last one?

To me, even though The Oblivion Particle goes off-road stylistically a bit in places, it’s still very much Spock’s Beard and start-to-finish represents the band as it is in 2015. For Brief Nocturnes and Dreamless Sleep there were a lot of unknowns going into it. As good as both Ted and Jimmy are, a new lead vocalist and drummer meant a big change in the overall sound of the group and could’ve been a bridge too far for a lot of fans. Luckily, there was a lot of good material to work with and things gelled pretty quickly. I do think though that while the two songs Neal co-wrote turned out great and probably helped smooth things out a bit, in my opinion it also made it more difficult to get a feel for the present incarnation of the band since Neal’s sonic fingerprints were so obvious.

Did you have to change how you wrote for Ted as opposed to Nick?

For the most part, no, even though Nick and Ted are very different stylistically. I do find myself getting my demos to Ted earlier in the writing process to find out the best key for him to sing his parts. His voice is great low-to-high but he’s super-strong in his higher register so I try to highlight that as much as possible. His voice really kicks things into gear emotionally up there.

Favorite most overlooked song from your period with the band?

“I Wouldn’t Let it Go” from Octane, which I wrote with Al.  It’s one of my favorite lyrics.

Do you prefer being in the background, writing and producing?

Definitely the background. I never was into playing live too much. At this point, I play guitar and keys just well enough to get my ideas across. Even if I was anywhere near the caliber of musician as the guys in Spock’s Beard, I’d probably still happiest sitting in a studio.

What are some other projects you’ve worked on other than with Spock’s?

In the past 5-10 years, mostly writing for an occasional low-budget film or for music libraries that supply music for TV.  Other than already writing for the next SB album, I’m mostly trying to write really hooky 3-minute pop songs for people half my age to record.