Interview with Jake Bowen of Periphery 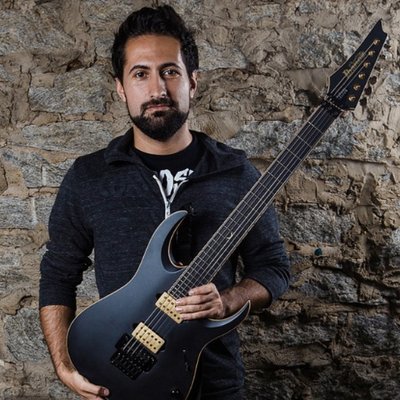 Interview with Periphery’s Jake Bowen before a show in Ft. Lauderdale

Prog Metallers Periphery just came back from Russia and Europe and are hitting the road with In Flames and All That Remains.  We caught up with Jake Bowen, guitarist for Periphery, just before the first show on this tour at the Culture Room in Ft. Lauderdale, FL and talked about touring and an interesting time in Russia.

So you guys have been on tour now for a few months? Hows it going?

Yeah we started off with a North American tour with Nothingmore, Thank You Scientist and Wovenwar.  That was really cool.  Then we went over to Russia for a headlining tour.

It was great.  It was a little scary because of everything the media reports but its not really like that.

And the audiences know the words and sing along?

Yeah they were way into it.  It was definitely worth going.  It’s hard to get over there just cos of plane tickets and logistics and sheer cost of it is pretty expensive but I’m glad we got to go over there and establish that we will come and play for you guys.

What about sending gear over there? How tough is that? Do you take it all with you or rent anything?

We carry all our gear on the airplane so when we check in we have it in hard plastic cases and try to take as much as we can without having to rent.  With the Axe-FX we don’t have to take amps so that makes it easier.

So Europe was after that?

Yeah we did a support tour with Devin Townsend Project and Shining which is a great band from Norway which was a lot of fun too.  Either those guys were already our friends, cos we know the guys with Devin Townsend or we made new friends with Shining.  It was everybody hanging out and having a good time and going through the unusual European tours cos they don’t really tour the same way that they tour here, the buses are different, the ability to get food is different, it’s not as familiar so its a little bit of a challenge every day.

You guys have a great sound live that is very close to the sound of the albums.  Is that due to the Axe-FX or just what your sound guy does?

We work together and the guys in the band come up with what tones we want to use and program together and we tell Alex (sound tech) what exactly our plans are and  Alex figures out how best to present it in a live setting.  We actually on our North American tours bring amps and cabs and plug our Axe-FX into them as well as sending a direct signal to the PA so the people in the front row don’t get jilted.

Do you guys pick your singles or do you talk to label and they tell you what they think?

We get the final say on things but we also love to listen to input from our management and label because they have good insight and they can think of stuff that we wouldn’t necessarily think of because they come from a different perspective so its kind of a team thing.  Generally, they usually go for what we want to do in the first place.

Some bands seem to be moving away from scream or growl vocals, is that a genre thing or how do you see that?

Its definitely a genre thing.  Its also a age thing.  Personally, I’m really happy that the singer is coming back.  Like people are learning how to sing well. I think when a band puts out an album its like a snapshot of where they are as musicians at that given moment in time and its a representation of that and if the next album comes out and there’s less screaming than its just them trying different things.  For me, I just dont want to do the same flavors over and over again.  But if the part calls for it, its always comes down to what the song needs.

Is there pressure from fans to do a certain thing?

I think once you start worrying about what other people want you get distracted from what it is you set out to do.  We hope that our fans dig it and embrace whatever changes we make and we hope that we are conscious that we want to give them what we want but its ultimately like what we want and if they want to come along for the ride and enjoy it with us that’s the aim that we have.

How much longer are you on the road for?

Once this leg is over, which is towards the end of May. we will take a few months off. Then the end of the year will be a big push. I’m not exactly sure what we have planned yet but there are some things we’ve been discussing.

Yeah, we always write.  There are so many writers in the band its like nobody really stops and its kind of like a nice thing about this band.  No matter what, there always somebody outputting something.

Got any good Russia stories?

Yeah flying into St. Petersburg can be a bit treacherous, especially when its a bit foggy out.  We were descending and approaching the runway and we could fell we  were getting close and just as the runway being visible, the pilot floored the engine and started taking off again.  My guess is he overshot the runway so he had to go and take another pass it but it was pretty terrifying.  You hear the landing gear go down and then you hear this crazy sound because they needed a lot of power to get off the ground again.  So it was pretty scary.  But other than that it was pretty tame.