Haken have revealed plans for a brief North American tour in support of their Restoration EP.  The tour was planned around their appearance at RoSfest on May 2nd, and includes dates in North America and Canada. The tour takes the band through Detroit, Chicago, Quebec City, Montreal, New York, Philadelphia, Gettysburg and Springfield. 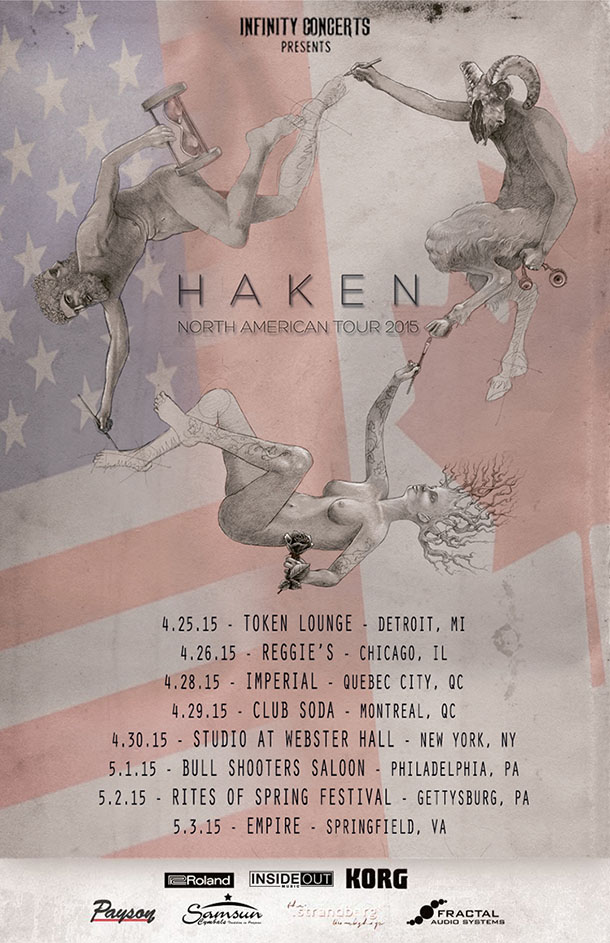