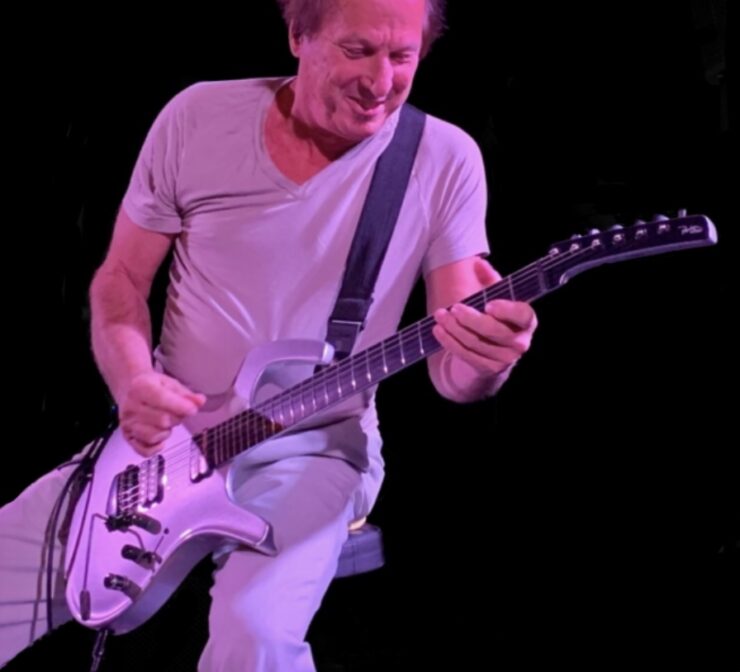 Adrian Belew is a legendary guitarist well-known for his diverse travels around the musical map. He is a multi-instrumentalist whose solo records are critically acclaimed. His moving singing voice and prolific songwriting has endeared a loyal fan base of music lovers. His music is being discovered everyday by more and more listeners thirsty for great music with a creative standard not often pushed by the commercial music industry.

Adrian has signed with Bliss Entertainment, distributed exclusively by Ingrooves Music Group. “Elevator” will be the first Adrian Belew solo recording released through streaming. Adrian and management chose the Ingrooves Music Group channel based on the Ingrooves technology and the Universal global distribution channel. As with all artists, the optimization of music sales revenue is key to picking their distribution and marketing partners. The first single “a13” is now available here: https://ingrv.es/a13-y4a-5

“Elevator” is Adrian’s 25th solo record and as with most of his solo releases, he writes the songs, produces the record, and plays and sings everything. “Elevator” includes 38 of Adrian’s recent digital paintings as well as the lyrics to his songs. There are 12 new songs, ranging from delicate ballads to raging art rock as well as Adrian’s unique brand of avant-pop music.

To promote his new solo album and digital distribution deal, Adrian will be touring the US and Canada this summer starting July 13th in St. Paul, MN. Adrian’s touring trio will include bassist Julie Slick and drummer Johnnie Luca. Adrian describes the “Elevator” show as “part ‘classic’ power trio, new power trio songs never performed before, and a short solo acoustic performance of favorites and new songs from ‘Elevator.’” Adrian will be performing fan favorites spanning his whole career!

Tickets are available Friday April 29th at 10 AM EST – for more information: https://adrianbelew.net/tour/

Adrian also continues to perform with the Remain In Light tour featuring Adrian and Jerry Harrison, and will finish out the year touring the states as guest artist alongside Todd Rundgren for the “Celebrating David Bowie” show.

Adrian Belew first appeared on the guitar-world radar when he toured with Frank Zappa in 1977 who later said, “Adrian reinvented electric guitar”. Adrian’s signature tones, unique use of effects and whammy bar remains completely different, and his techniques continue to be a huge influence on today’s guitarists. He was guitarist, songwriter and frontman Progressive Rock Powerhouse King Crimson for over 30 years. “Discipline”, Adrian’s first record with King Crimson, is listed among the most important rock records ever made.

Adrian has had a career that commands both awe and respect from fellow musicians and loyal fans, from his first solo record “The Lone Rhino” to the Atlantic Records hit album “Mr. Music Head” or any of his other solo records (25 total) that push sonic boundaries while maintaining artistic integrity. Adrian shreds on guitar but also writes beautiful songs that will make you cry. Yes, Adrian has taken his fans on a wild ride through countless world tours and albums with David Bowie, Talking Heads, Laurie Anderson, and Paul Simon. He truly is the Twang Bar King!