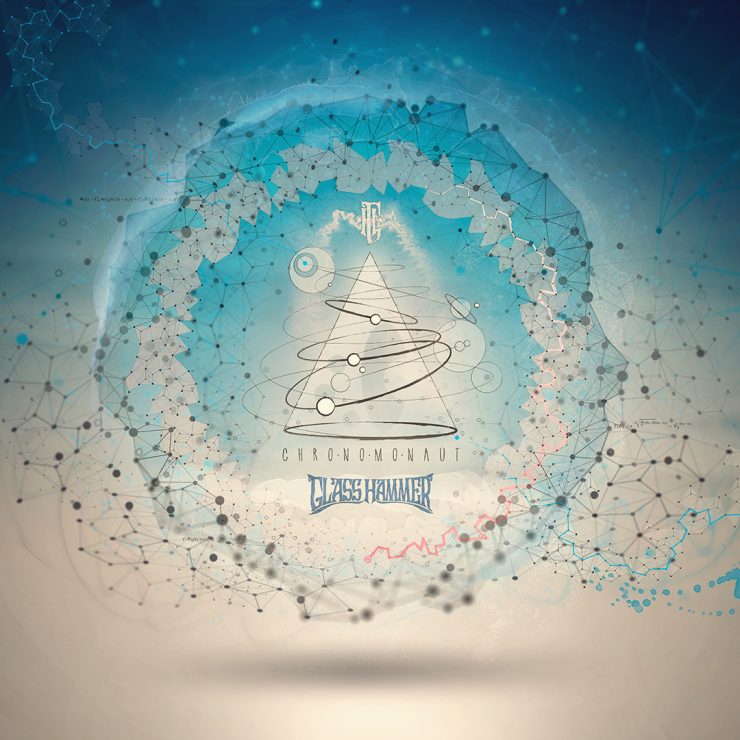 “Chronomonaut” will be released on Friday, October 12th.

Glass Hammer have been teasing a Part Two of their 2000 release “Chronometree” for several weeks and it is now finally official. The tongue-in-cheek concept album “Chronometree” told the story of Tom, a prog-rock obsessed teenager in the late seventies who heard alien voices communicating to him through his favorite albums. Tom has since grown up and is apparently none-the-wiser. “Chronomonaut” will tell the story of his recent mid-life crises. Bassist and songwriter Steve Babb explains, “Apparently, the voices have returned and have been urging Tom to time-travel back to the glory days of the early prog scene.”

To lend credibility to the Chronomonaut story, the character of Tom began posting his own music and theories on time travel to YouTube and at least one well-known progressive rock forum (progressiveears.org) several months ago using the name “The Elf King”. Glass Hammer has also been releasing “found footage” video of Tom, supposedly from 1983, which documents his time travel experiments as well as the failure of his own prog band to secure a record deal.

Sound complicated? Not to worry, says Babb. “Many of our albums deal with intense emotions or very serious storylines. Chronomonaut represents the less serious side of the band, as well as the extremes and quirkiness of our beloved progressive-rock genre. Tom was and remains the ultimate prog-rock fan, that guy who just takes his music way too seriously. In other words, he’s someone we can all relate to.”

Bandmates Fred Schendel, Susie Bogdanowicz and Aaron Raulston are all on board for this release. Guest appearances include Discipline’s Matthew Parmenter and Chris Herin.

“Chronomonaut” will be released on Friday, October 12th. Pre-ordering for autographed copies will begin one month ahead of the release on September 12th at the band’s website.

Steve Babb was a recent guest on My Prog Five sharing some of his favorite music on The Prog Report.