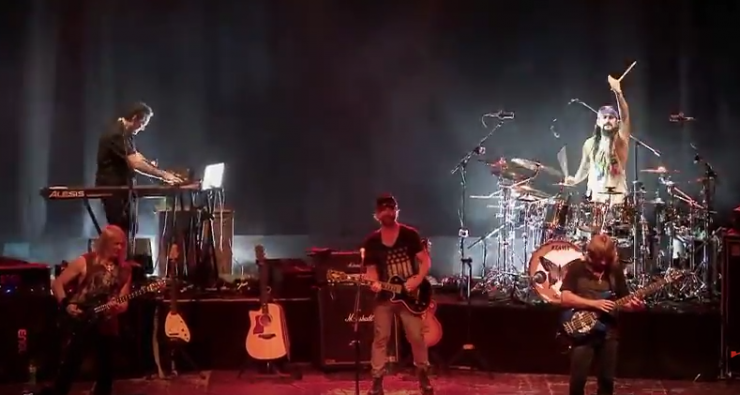 Flying Colors live video for “Mask Machine” from the Second Flight: Live at the Z7 DVD.

Flying Colors recently announced the Live set called ‘Second Flight: Live at the Z7″ which is due out on November 13th.  In advance of its release, the group has released the video for “Mask Machine” from the live dvd.  You can check it out here.

“Second Flight: Live At The Z7”, from the virtuoso prog/pop/rock band Flying Colors, showcases a new level of musical prowess from the group, captures the candid energy of a new band, and lets fans experience them in innovative ways. It reflects the many hues and colors of the band members’ (Steve Morse, Neal Morse, Mike Portnoy, Dave LaRue & Casey McPherson) individual— and collective—unique creative expression. It’s Flying Colors at their very best, and a new milestone in the band’s soaring adventure.

RoseFest – Music festival to support the To Cure A Rose Foundation this Saturday, Sept. 4th; featuring performances by Casey McPherson and Alpha Rev