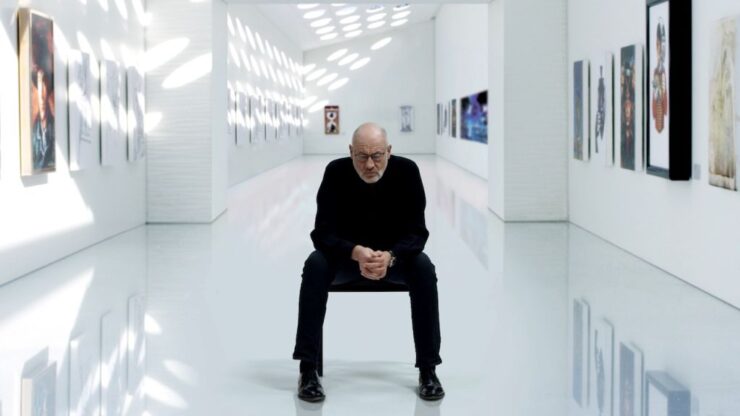 ‘Weltschmerz’ is the much anticipated new and final double studio album from Fish that is being acclaimed as the finest work of his long and illustrious career. Co written with long term collaborators Steve Vantsis and Robin Boult with contributions from John Mitchell (Garden of Remembrance) and Foss Paterson it has been over 3 years in the making and as such is an exceptional piece of work produced by Calum Malcolm (Blue Nile, Fish ‘Feast of Consequences’ and ’13th Star’) and Steve Vantsis. The album is due out on September 25th, 2020.

Featuring the singles ‘Man with a Stick’ ( Best single 2019 Planet Rock Radio), ‘Weltschmerz’ and the nbeautifully poignant ‘Garden of Remembrance’ as well as the epics ‘Rose of Damascus’ and ‘Waverley Steps’ it is a truly exceptional collection of music worthy of this accomplished artists farewell album.

Now you can see the new video for “Garden of Remembrance” here:

“The video involved a complicated approach as the whole country went into lockdown just as we were due to start filming,” says Fish. “I had to be filmed in front of a white screen in my home and then the gallery around me was created as a miniature 3-D model into which I was magically transported.

“Meanwhile the couple were filmed on an Essex beach, rather than in Scotland as intended. The gigantic glass wall across the beach was intended to symbolize the separation of the couple, however it came to take on another meaning as lockdown separated families across the country.”

The album was principally engineered by Steve Vantsis who also played an array of instruments including bass, keyboards and guitars as well as programming and sequencing.

With artwork and sleeve design by Fish’s long term illustrator Mark Wilkinson, ‘Weltschmerz’ is a spectacular package and destined to be seen as one of the most powerful and important albums released in 2020.