Epic prog songs from the first half of 2020 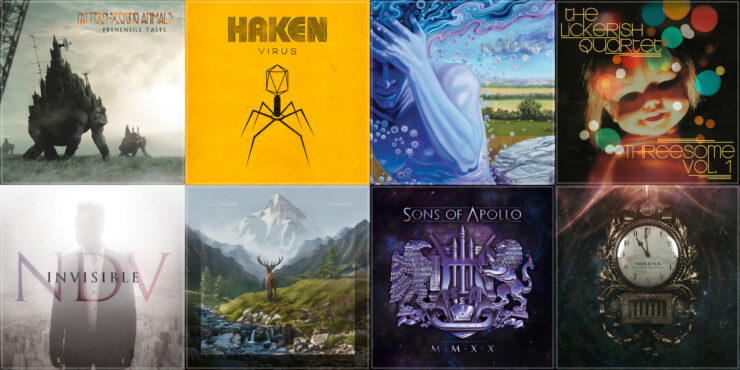 A look at some of the best prog tracks from the first half of 2020.

After an incredible year for prog rock in 2019, it was hard to imagine what kind of year 2020 would be.  And with all of the craziness that everyone has dealt with, fortunately, one of the good parts of 2020 has, in fact, been the amazing music that has been released  And we’re only half way.  So here is a recap of some of the songs we thought stood out so far during the months of January through June 2020.

Sons of Apollo kicked off the year with a bang with the aptly titled MMXX (2020).  While the album had some great singles like “Goodbye Divinity” and “Fall to Ascend”, we highly recommend the album closing track “New World Today”, which finds the virtuosos doing what they do best with a brilliant 15 minute epic.

Haken were set to release the highly anticipated follow up to their last album ‘Vector’ with the coincidentally titled ‘Virus’ in June.  Delays led to the album finally set to be released on July 24th. But in the meantime, we’ve been treated to 3 killer singles including this explosive track “Invasion”, which is also accompanied by a mesmerizing video.

Caligula’s Horse, from Australia, released their 5th studio album Rise Radiant in May.  The band have been building to this album, which might be their best to date.  The album’s third track “Salt” is one of the strongest the group have produced as it takes their emotive progressive metal style to the next level.

American prog legends Kansas return with their 16th studio album ‘The Absence of Presence’ due out on July 17th.  The album’s first single “Throwing Mountain” is one of the heaviest and best songs the band have created in years.  The new lineup, now with keyboardist Tom Brislin, and returning guitarist Zak Risvi and vocalist Ronnie Platt, looks like a winner and one that is here to stay.

Pattern Seeking-Animals returned with their sophomore album ‘Prehensile Tales’ only one year after their great debut.  But with this album the quartet really stepped things up. Songwriter John Boegehold composed songs with surprising twists and turns including standout, “Soon But Not Today”, one of two songs over ten minutes on the album.

The Lickerish Quartet was one of this year’s pleasant surprises.  The trio of former Jellyfish members released an EP that had fans of the cult 90s group thrilled.  The EP’s 6 minute closing epic “Lighthouse Spaceship” is a treat for the ears and one any fan of prog will enjoy.

Novena released their debut album ‘Eleventh Hour’ earlier this year.  The group, which features Ross Jennings (Haken) on co-lead vocals, is not afraid to take risks.  The album veers in all different directions and closes with this intense and powerful epic titled “Prison Walls”.

Nick D’Virgilio, known for his work with Spock’s Beard and Big Big Train, released his first full length solo album in nearly 20 years titled ‘Invisible.’  The eclectic album features a lot of different styles outside of prog, and showcases D’Virgilio’s immense talent.  The penultimate track “Not My Time To Say Goodbye” falls in the prog category and is one that fans of his time with Spock’s Beard will definitely enjoy.