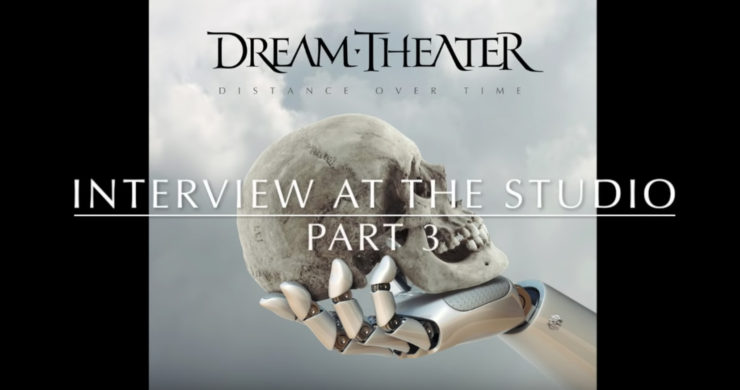 Two-time Grammy-nominated and millions-selling progressive music titans Dream Theater recently announced the forthcoming worldwide release of their 14th studio album, ‘Distance Over Time’ on 22nd February 2019. The band recently launched a series 3 in-the-studio video interviews, where the entire band sat down and discussed how the album came together. Part 1 highlighted the beginning stages of the new album and the change to InsideOut Music as their record label, and in part 2 the band discussed the writing and recording of their new album.

In this 3rd and final part of the interview conducted by Roie Avin, editor of The Prog Report, the band discuss touring and the art of creating a setlist.  The band have also said they will be playing the entire Scenes From a Memory album live on this tour.

‘Distance Over Time’ showcases a newfound creativity for Dream Theater while maintaining the elements that have garnered them devoted fans around the globe. The album also marks the first for the band’s new label InsideOutMusic / Sony Music. The artwork was created by long-time cover collaborator Hugh Syme (Rush, Iron Maiden, Stone Sour). ‘Distance Over Time’ was produced by John Petrucci, mixed by Ben Grosse and mastered by Tom Baker.