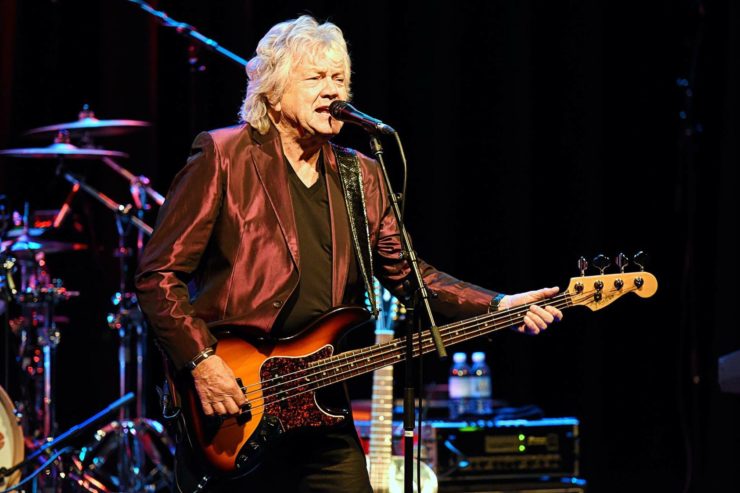 As a member of The Moody Blues since 1966, John Lodge has spent much of his life touring the world, as part of a ‘rock n roll band’. His first solo album titled NATURAL AVENUE was released 40 years ago in 1977, but was never performed live. His second solo album, 10,000 LIGHT YEARS AGO was released in 2015. During his remarkable 52 years with the Moody Blues, Lodge has sold more than 70 million albums including the groundbreaking ‘Days of Future Passed’, and has composed many of their biggest hits. The album ‘Seventh Sojurn’ was Billboard number 1 for 5 weeks, and Lodge wrote both the singles from this album, the high-energy “I’m Just a Singer (in a Rock and Roll Band)” and the beautiful and ethereal “Isn’t Life Strange”. Joining John on stage are long term collaborator Alan Hewitt (Music Director and Keyboards) and Billy Ashbaugh (Drums) from the Moody Blues touring band, together with Duffy King (Guitars) and Jason Charboneau (Cello), and the ‘all-American band sizzled on the solo tracks and Moodies’ masterpieces’, on their recent tour (North Coast Voice). Lodge returns to the Cruise once again. This is a fantastic opportunity to see this ‘rock legend’ up close and personal.