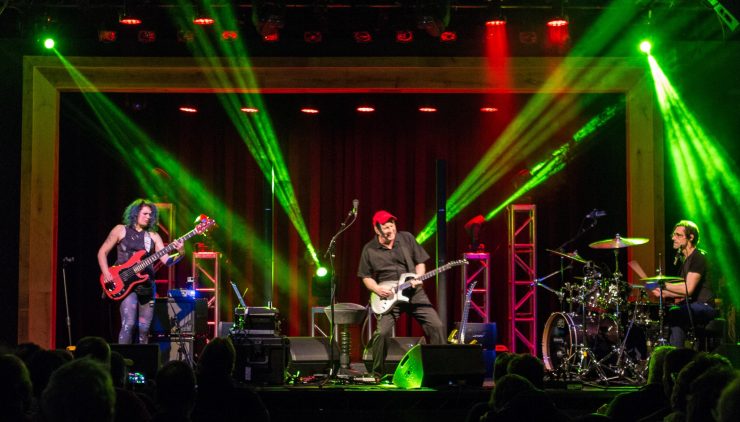 Adrian Belew Power Trio is a musical group formed by Adrian Belew (guitar and vocals) that includes drummer Tobias Ralph and bassist Julie Slick. Known for his groundbreaking work with the legendary King Crimson (which he fronted from 1981 to 2009) Belew also has an accomplished solo career which incorporates his unusual, impressionistic approach to guitar playing. The origin of the Power Trio dates back to February 2006 when Belew met Julie Slick and her brother, drummer Eric Slick. guest performance with the Paul Green School of Rock, where the Slick siblings were students. Belew was very impressed by their musicianship and in May 2006 invited them to form the Adrian Belew Power Trio as his rhythm section. Now with drummer Tpbias Ralph, the group continue to bring their incredible musicianship and dynamic material which includes King Crimson classics.