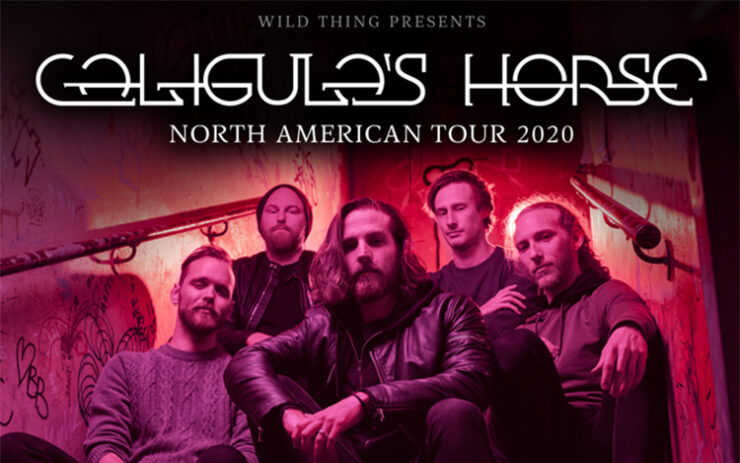 Caligula’s Horse, a band at the forefront of Australia’s progressive rock scene, are pleased to announce their first ever North American headline tour for 2020, following their one-off appearance at ProgPower USA this year, as part of the Latin American ‘In Contact’ Tour. The band will bring their now trademark energetic live show to North American audiences, hitting the road with Long Island heavy rock juggernaut Moon Tooth, as well as fellow countrymen prog prodigies Ebonivory.

With their immense US cult following continuously begging for almost a decade, the internet will now surely break; Caligula’s Horse are finally making their way to the United States & Canada for an unforgettable debut full length tour!

Vocalist Jim Grey comments: “We’re more than thrilled to be finally taking our first journey across the USA. It’s been a very long time coming, so we’re planning on bringing a real mix of old and new for our US fans who’ve been supporting us from the very beginning. It really is a bucket list moment for us – we can’t wait to meet you all!”

Plans are well underway for the fifth album of Caligula’s Horse, which will become yet another enormous leap forward in their colorful signature style; the follow-up to 2017’s “In Contact” album, which garnered brilliant reviews upon release.

You can find the full list of dates below:
Tickets From caligulashorse.com/tour 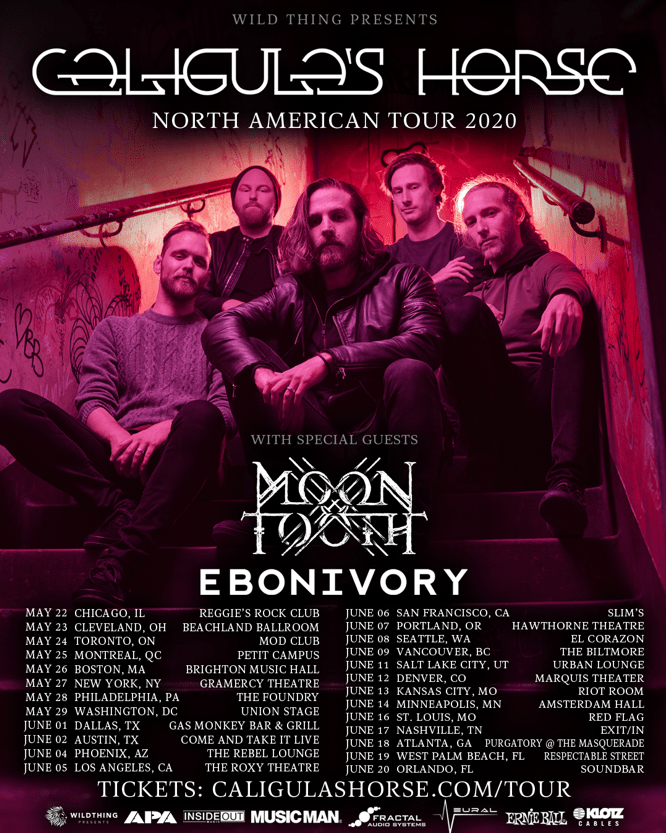