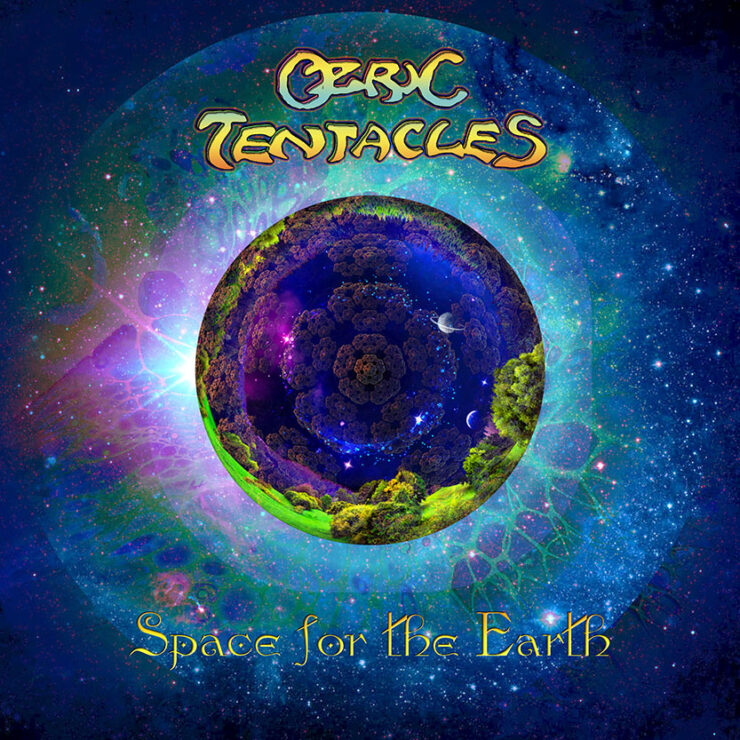 Space for the Earth is due for release on October 9th, 2020 on Kscope

Influential British band Ozric Tentacles have announced their new album ‘Space For The Earth’ will be released on October 9th, 2020 via Kscope and is available to pre-order now.

Written, programmed, recorded and produced throughout 2019/20 by Ed Wynne in ‘Blue Bubble Studios’ by the sea, this exploratory and diverse musical adventure comprises seven new tracks spanning 45 minutes. Inspired by the Scottish hills, valleys and beaches surrounding his studio, Wynne feels that lockdown in a strange kind of way has provided space for the Earth to breathe for a while and for people to rediscover its resonant healing frequency. ‘This is space music for people from the Earth to enjoy’.

To celebrate this year’s summer solstice Ozric Tentacles released a new single, taken from Space For The Earth, entitled “Humboldt Currant”, the track Ed Wynne states “‘It’s a light-hearted message about feeling all right. It’s not trying to dig down into the depths of what is going wrong in the world but giving people a little bit of relief from everyday life, a stepping-stone into the astral plane’.

Check it out here for a taster from the new album

The album artwork was inspired directly by these seven tracks and realised by arboreal artist Kitty (Twisty-Trees) with help from Ed and cosmic artist Ivy.

One of the most influential bands to emerge from the UK’s festival scene, Ozric Tentacles formed during the solstice at Stonehenge Free Festival 1983 going on to become psychedelic staples at Glastonbury and other festivals. The creative vision of multi-instrumentalist Ed Wynne, the Ozrics’ uniquely trippy soundscapes connect fans of progressive rock, psychedelia and dance music culture. Space for the Earth represents the next harmonic step in the unfolding Ozric journey.

Space For The Earth will be released on CD, LP (black and colored vinyl available) and digitally and is available to pre-order HERE.