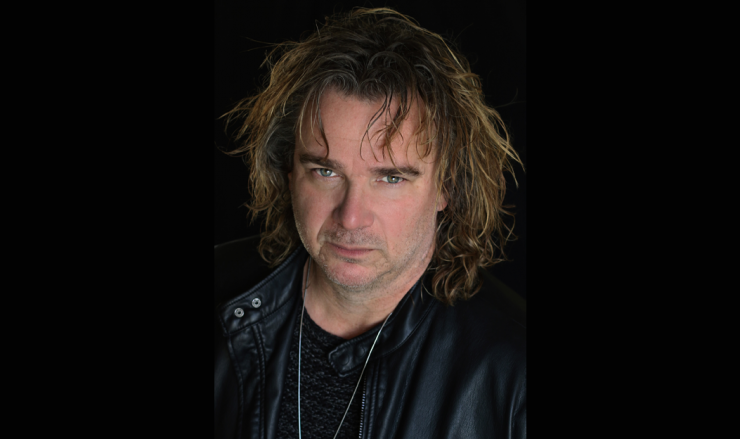 The new album by World Trade-Unify, is out Aug. 4th, and the new Yestival tour kicks off Aug 4th, as well.

One of the busiest musicians in the world is Billy Sherwood.  On top of his solo career and countless side projects and producing gigs, he is always on tour either with Yes and now with Asia.  So we were lucky to catch up with him as he gets ready to release the long-awaited 3rd album from his band World Trade, (their last album Euphoria came out in 1995), as well as the upcoming Yestival tour which kicks off, August 4th in Greensboro, NC.  More dates here.

What brought on the return of World Trade and a new album after all these years.

Billy:  Well, we like to take our time (laughs).  I did a solo album called Citizen (2015) and then a Circa record called Valley of the Windmill (2016) that came out on Frontier’s and the label asked me ‘do you think you could put together the original lineup to make a World Trade album’ which took me completely by surprise. I called the guys for what was going on and everybody’s schedule was open to do it at that point, which was a miracle in itself. And so we went for it.

Was there stuff that you had written before that were able to use for this?

Billy: We started from scratch. Bruce is the catalyst for the music and coming up with all the arrangements and the sort of backdrop and then I jump in and do the vocals and get the lyrics together and melodies and whatnot. And then we started carving all the different instruments together as a band. But yeah we just started from scratch, but Bruce is very prolific and he came up with some amazing stuff that instantly sounded like World Trade to me. So it was pretty quick to get the engine back up and running.

What are some of the songs about? What subject matter did you want to approach?

Billy: It kind of all deals with the geopolitical thing and different takes on aspects there. “Gone all the Way” is a song about nuclear destruction and you know this guy is hunkered down in his bunker and finally comes up and looks around and realizes he’s the only one left. That just kind of has a bit of a Twilight Zone kind of storyline feeling to it and is also very real, given the world we live in with crazy people with nuclear weapons. So it’s not hard for me to imagine any different scenarios and with World Trade we were never really writing love songs. It was more about the politics of the day, not really telling people what to think but just making people think, so to speak. And so that’s kind of where all the lyrical ideas come from.

“The New Norm” is basically sort of sarcastic way of saying “are we really going to deal with terrorism and accept it and this is life now or are we going to do something about this or we’re not” playing with both sides of that. So each song comes from its own little unique angle but it all relates to pretty much geopolitics and how the world works, which is a crazy thing in itself.

With Yes, and now Asia dominating your time, did you feel like you had to get back to something where you could be creative?

Billy:  I’m always inspired to make music especially with friends who I’ve known forever and we’ve had bands together and so it was very inspiring once we we all agreed ‘yeah we’re going to go for this.’ And so the creative flow just kind of started happening immediately. I’m always looking for the next thing and the next creative outlet. So for me you know even as I’m working inside Yes, I’m still writing material for another solo album, and working on various items with other bands producing or whatnot, so I just tend to work a lot. I’m a workaholic. The Asia thing sort of fell in my lap recently with the unfortunate passing of John Wetton, but just like Chris asked me to do what I’m doing in Yes, John asked me to do what I’m now doing in Asia, so my calendar got a little bit more full, if you will. But there’s always time to sort of get creative musically and try to create something new along the way.

How does it feel to at first be asked to step in for Chris Squire, but now also for John Wetton?

Billy:  It’s very strange. The word surreal is the best word I’ve used to describe the whole thing. I feel honored and I feel sad because I’m doing it and we’ve lost these people.  They were my heroes but they were also my friends and close acquaintances obviously. It’s a whole mixed bag of emotions. But I take strength you know whenever I’m taking the stage with either band now that this is in fact what what these players wanted to happen and that’s how to do it. So there’s no way I’m going to say no. I mean you get your factions out there and say you know without Chris Squire I shouldn’t continue they should retire. My answer to that is all that’s not at all what Chris wanted. So I’m going to go with Chris’s desires for the right. It’s bizarre. That’s like saying don’t play Tchaikovsky or Brahms right. I mean why would you want to do such a thing? I don’t understand that. We are still using iPhones and Steve Jobs isn’t around so you know these things just keep going.

The Yestival Tour kicks off right around the corner. How is that coming along?

Billy: We’re in rehearsals right now. I literally was in an Asia show two nights ago and as soon as it was done, hopped in a car with Geoff and we drove straight for Pennsylvania and we rehearsing now and just getting on with it. It’s going to be very cool. Yestival is Yes with Todd Rundgren opening, and Carl Palmer opening for Todd Rundgren, so it’s quite interesting night of music.  Fans can expect something from each of the first 10 albums. Beyond that I’m sworn to secrecy. You know that the first gig is coming up soon enough and I’m sure someone is going to post the setlist. As long as its not me, because I can’t be the Yes leaker.

Yes has now been touring it feels like for 20 years nonstop. Has there ever been a discussion where hey let’s let’s take a year off?

Billy: I’m not hearing any dialogue like that. We’re already talking about the 50th anniversary tour next year and doing some really special things that year, playing some very special music. Again I can’t talk about it but I’m very excited to hear what’s being batted around through. I’m a diehard Yes fan so when we talk about the stuff we’re talking about it’s like yeah I’m in. So now we’re just gonna keep on going.

Steve’s son Dylan is joining you guys on the road and helping out with some drums this tour?

Billy: Yes, Alan had some back surgery that he’s recovering from and you know the idea was that we’d have two drummers. We did it on the last tour as well it was Jay Schellen from Conspiracy and he played on my solo albums as well. So this time around it’s Dylan and it should be good.

What else is on the horizon for you outside of the Yestival tour?

Billy: I’m producing a Chris Squire tribute album right now which is coming out quite nice and it’ll be loaded to bear with guest artists. I just got all the basics cut before I left town and when I get home I’ll start putting together the guest list and getting people on there and got my hands on a few other productions as well as some newer bands that I’ve been working with over the years. So there’s some things going on.

After so many years of being on the road is it still a struggle to know where you are and what day it is?

Billy: I gave up all on that long time ago. You know I just I go down for breakfast and ask the waitress where are we, what day is it?  That’s my frame of reference.