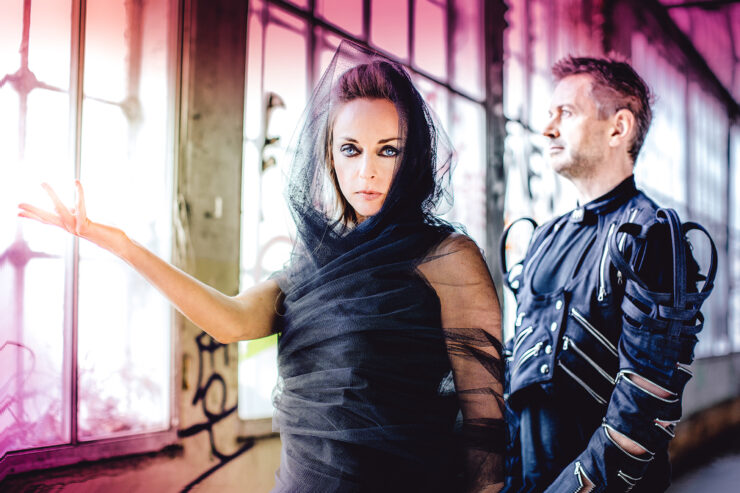 New album Dreamers Don’t Come Down is due out in March 2021.

Art pop-rock duo LEAGUE OF LIGHTS, comprising married couple Farrah and Richard West (Threshold), are pleased to announce their forthcoming third album Dreamers Don’t Come Down. The follow up to their 2019 album, In The In Between, is due out in March 2021 on the Eightspace label.

The album is now available for pre-order here:
https://burningshed.com/tag/League+Of+Lights.

See the full video for “Twenty Twenty One” here:

“In April 2019, we were driving to Cornwall in the south west of England for a short break away,” Farrah West explains. “Rich’s head was full of a song that he was writing, it was called Twenty Twenty One, which then seemed such a long way off.  We didn’t think too much more about it other than when he told me the lyrics, I thought they could do with cheering up a bit. The lyrics sounded a bit dark – little did I know what was to come during 2020.

“We recorded the song in April 2020 and I still wanted to give the song a bit more of a happy feel. But lockdown had started and the lyrics seemed like they had a prophetic feel.  Sometimes songs are crafted, worked at, reworked and tweaked.  Some seem given, like a gift.  Twenty Twenty One fell into the second category and so it stayed exactly as written in 2019.”

“The album is about the past, the present and the future – about taking the best from all that you have been through, the pressures of modern life and keeping your dreams alive in dark times,” Farrah West explains.

“When lockdown started we really felt compelled to do a new album,” Richard West continues. “We had just finished recording a new song called Modern Living and that helped to define how our new material would sound – more open than before with less synths and more space for Farrah’s vocals to really lift off. The songs just started flowing and from that moment we had a new track written, recorded and mixed every 3-4 weeks, starting with Dreamers and Twenty Twenty One and ending with the closing track Echoes of a Dream, a montage of all the other songs on the album.” 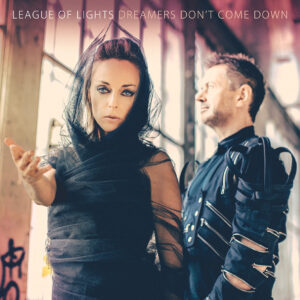 Tracklisting:
1.Modern Living
2.Twenty Twenty One
3.Ghosts
4.I Still Remember
5.Persephone
6.Dreamers
7.With You
8.Lines in the Sand
9.The Collector
10.North of the Sun
11.Echoes of a Dream