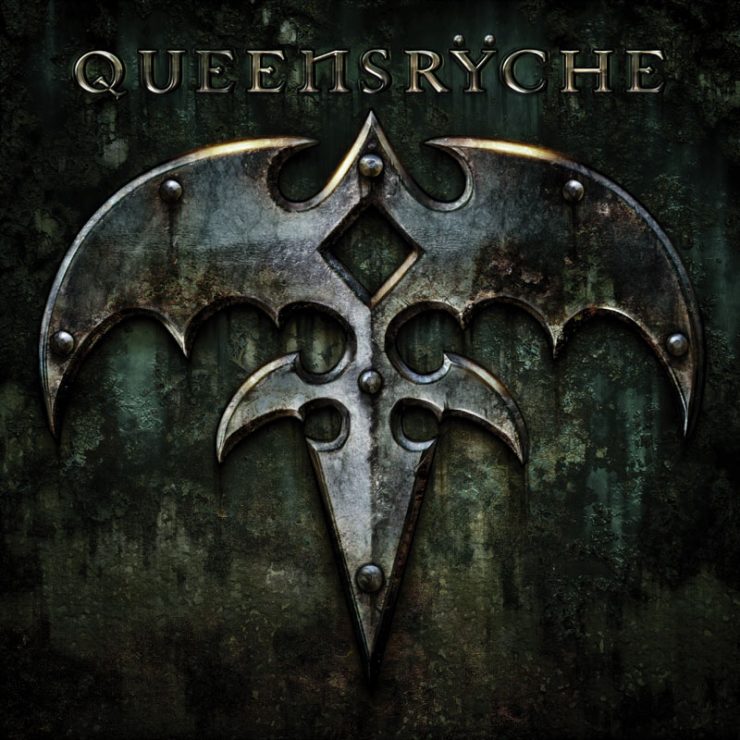 By now anyone who is a Queensryche fan or really just a rock fan knows about the drama in the band and that there are currently two versions.  For this review we are going to focus on the version with the original lineup and new lead singer Todd La Torre.  From Warning to Promised Land, QR were the band that stood out from all the hair bands and both Proggers and Metalheads alike could profess proudly they were a fan.  But then the downfall happened starting with Hear In The Now Frontier in the late nineties thru 2011′s horrific Dedicated To Chaos. Each album seemed to alienate the fan base more and more.  Now finally QR fans have something to be happy about from their favorite band.

While former singer and leader Geoff Tate was off releasing a subpar album under the Queensryche name, this lineup has returned the band to its original form with an album that stands as the proper follow up to Promised Land.  The self-titled album “Queensryche” looks to signal a new beginning for this band. It recalls the glory days in both sound and lyrics.  Back are the dual guitar solos, the dark heavily chorused guitars, the harmonies and solid songwriting.

There is one complaint that brings the album down a few notches in my book; there is not enough music on it.  Clocking in at around 35 minutes with only 9 real songs you have to wonder if they weren’t feeling rushed to release something.  That said, the songs on the disc are all solid. So quality over quantity I guess.

The first song “X2″ is a brief intro into the first actual song, “Where Dreams Go To Die.”  This is standard QR songwriting and production. Sounding like a track from Empire, you immediately get a grasp of why they chose La Torre to be the vocalist.  His power and tone is very reminiscent to that of Tate. Even much of his phrasing is similar as well. Fortunately he does add a bit of his own style to the songs so it feels like he could have been the singer from the beginning.

As a fan you can place a lot of the newer tracks along older Queensryche albums.  “Spore” would fit easily on Mindcrime and features some fantastic guitar work.  “In This Light” is right away the most accessible track and would be a great single.  It recalls “Another Rainy Night” and features the QR harmonies we have grown to love.  “Redemption”, the first song released from the cd a few months ago on YouTube, sounds like it would fit on Rage For Order.  The song features Michael Wilton’s signature lead guitar and has one of the catchier choruses on the album.

“Vindication”, “Don’t Look Back” and “Fallout” round out the rockers on “Queensryche, each falling somewhere between older tracks like “Needle Lies” and “Walk in the Shadows.”  No QR album would be complete without its share of ballads.  “A World Without” recalls the Mindcrime era and contains all the elements of a classic QR ballad. “Open Road” is the prefect closing song to the album. It is more uplifting and leaves the listener on a high note.

Each track has the requisite dueling guitar solos, vocal harmonies and heavy drum work.  The only noticeable missing elements are extended instrumental sections and drawn out endings. But I guess we can’t have it all.

It is a welcome change to finally have them acknowledge who they are and what they do best. The days of trying to reinvent yourself, following the new trends and breaking new ground musically are long since past. This band has paid the price for that. We are now in the Age of Nostalgia and fans want to hear the music of our youth. This album takes you back while still feeling modern and current. There is no other band that sounds like Queensryche. They should revel in the fact that even after all of these years people still care and just want to hear them be themselves.  Here’s to New Beginnings.

Key Tracks: In This Light, Redemption