Phil Collins, Mike Rutherford, and Tony Banks reunite Genesis for The Last Domino? Tour in the UK and Ireland 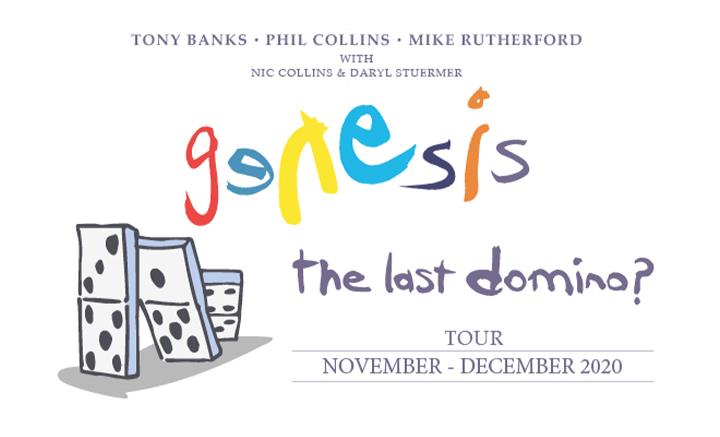 The worst kept secret in prog has officially been revealed. After showing up at a Ny Knicks game a few months ago, it seems Phil Collins, Mike Rutherford, and Tony Banks were preparing to announce a new Genesis reunion and tour. Details were announced today.

The Last Domino? Tour will kick off at Dublin’s 3 Arena on November 16 and end at Glasgow’s SSE Hydro Arena on December 11. It also includes dates in Liverpool, Leeds, Manchester, Birmingham and Newcastle, plus two shows at London’s O2 Arena.

Tickets for the UK shows go on general sale from 9am on Friday, March 6th. Tickets for Dublin go on sale on Monday, March 9th.

The Last Domino? Tour will be the first gigs Genesis have played since 2007. Collins, Rutherford and Banks will be joined by longtime guitarist/bassist Daryl Stuermer and Collins’s son Nic Collins on drums.

There is no official word on whether Phil will play drums or not, but he has been quoted as saying he will try to play on a few songs yet to be determined.